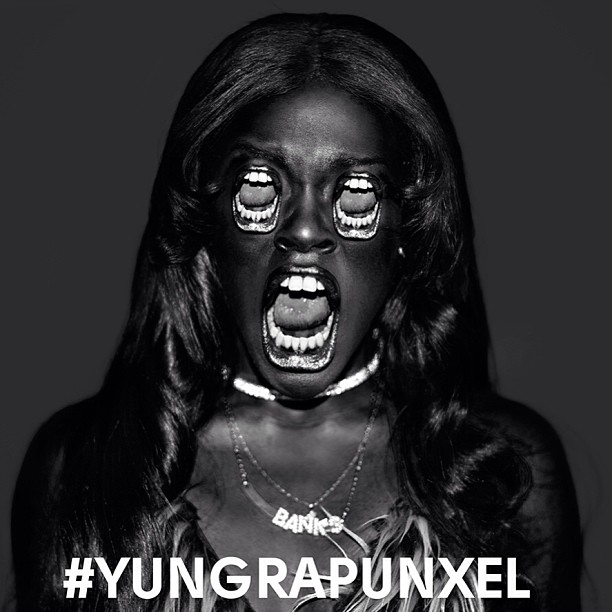 Azealia Banks has a new single – and, naturally, new targets.

‘Yung Rapunxel’ is produced by beat weirdo Lil Internet, and is the polar opposite of her bubblegum 2-step cover of The Strokes’ ‘Barely Legal’. Over a thoroughly overdriven instrumental, Banks plays the banshee, screaming and wailing in addition to her usual flow. The cover art, pictured above, is carefully calibrated to terrify children. It’s far from her most immediate work, but the commitment to brute force is pretty commendable.

Getting back to Banks’ main job as Beef Facilitator, the rapper has taken on both The Stone Roses and Rita Ora in the last few days. The former were branded “saggy white niggas” after supposed sound checking during her performance at Australias’ Future music festival. The latter, meanwhile, has been the target of a string of vitriolic tweets over some jelly shoes, or something.

Banks is set to appear on Paul Oakenfold’s forthcoming comeback album. She also makes an appearance in our new FACT Singles Club feature (spoiler: she didn’t do too well).