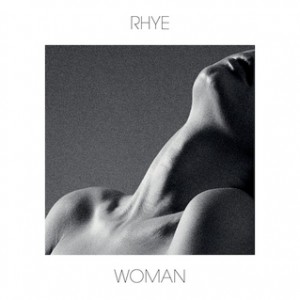 Back in November, Mike Milosh of Rhye spoke to Pitchfork about the perspective he and bandmate Robin Hannibal share on the subject of intimacy. Both of them got married in the time period immediately before the collaboration, and their lyrics have since centred around a romantic love that they place in contrast with the atypical content of pop: “I hate that music is so debaucherous these days. It’s all overly sexualised in a perverse way. Love is beautiful, and sex is beautiful, and I don’t think those things should be shown in a grotesque way. I’m just attempting to express love and sensuality in a very honest way… There’s a song on the record called ‘Woman’ and it’s just me singing the word “woman.” I was thinking about my wife as I was singing that, but I didn’t want to get specific to the point where I was saying her name – it’s just a woman that I’m in love with.”

This should probably have served as a disclaimer for Rhye’s debut LP, Woman. It’s weird to listen to an album devoted to an all-consuming emotional intensity that ends up feeling flat and at points grating, like a dull ache that neither hot nor cold can get rid of. Rhye’s music sounds like the sort of insipid lounge-pop that Galaxy chocolate adverts would pick up on; the sleek production value and drawn-out, breathy vocals folding over one another in hazy, matte layers rather than the glossy finish they were possibly aiming for. It’s the soundtrack to an American indie rom-com about middle-aged retail workers spending their days gazing at one another silently through shop windows, montages of the seasons changing as their hopes of love fade away with the colour.

From his earlier, excellent work with Danish band Quadron it’s fair to call Hannibal an adept songwriter, and Milosh does have a beautiful voice, but what makes Woman so forgettable is that the theme of romantic love fulfilled is searching for a comfortable place within a restless sound. There’s an apparent desire to carve out a style from several others – hinting to elements of funk, R&B, jazz and disco without either offending or really getting into bed with any of them – which leaves the sum of its parts to feel frustrating in its self-indulgence.

What Woman craves is some tension.  There’s a sorely felt absence of that skittish Nordic charm that made Quadron so inviting and there’s precious little else in its place in the way of identify. Milosh’s androgynous vocals and overt sentimentality are both the LP’s selling points and conceptual letdowns because ultimately, we spend just over half an hour listening to a love story with no characters. The deftness of the arrangements shows a knowing sense of restraint on the part of Hannibal as a composer but with no clear sonic backbone this restraint manifests as lack; whilst there’s credits for strings and horns several times over they’re sometimes hard to pick out, and it makes the full listen a fairly limp experience.

Ironically for Woman, where the brilliance of pop and its obsession with love lies (both sonically and lyrically) is often in its physicality; a punch of a hook, a soaring melody, wordplay that is witty, honest and charming, a voice that makes your hair stand on end and – perhaps most importantly – a recognisable visual element that is intrinsic to the sound. Woman needs greater elements of all of these and as a consequence it all comes across as fairly overwrought, working very hard to sound effortless and losing its sense of self in the process.  Perhaps it really is the case that pain is the most fertile subject matter.