Gucci Mane explains how he slept through his sex scene in Spring Breakers; outlines plans for Brick Squad Films 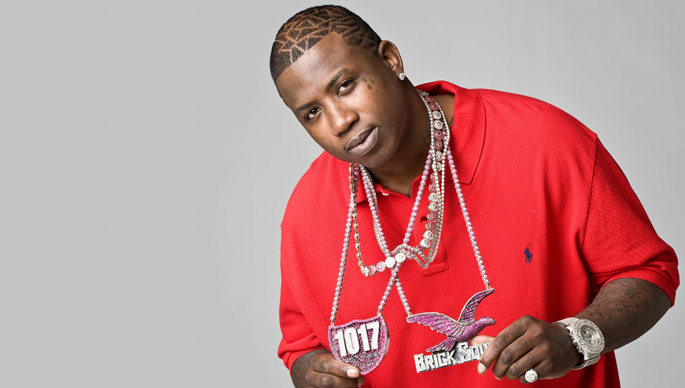 Gucci Mane might be the most prolific man in hip-hop right now – four mixtapes this year and counting – but he’s also right up there with the genre’s most ridiculous.

When not rapping or receiving questionable tattoos, Gucci has started making inroads into the film business of late, and plays gangster Archie in Harmony Korine’s new film Spring Breakers. Yesterday the internet’s Gucci radar went into overdrive when Korine revealed, in an interview with Vulture, that during Gucci’s Spring Breakers sex scene the trap god was actually asleep:

“In his entourage, everybody smokes weed from the beginning of the day to the end,” explained Korine. “So we’re inside this house in St. Petersburg, and the fucking weed smoke was so insane and Gucci was basically catatonic. I was like, ‘Gucci, you’ve got to have sex with this chick now!'” How did he receive the news? “He wanted her to ride him so he wouldn’t have to do any physical labor.”

For a while, that worked. “So we’re shooting the sequence, and as he is getting fucked, I start to hear snores,” said Korine. “He had literally passed out! And she was riding his dick the whole time. I’d never in my life filmed a sex scene where the dude was sleeping … and she was on top of him for a good 45 minutes.”

And yes, that’s the take that made it into the film. Laughed Korine: “At the end, he woke up and was like, ‘I feel real nice. I feel like Mozart’s on my dick.’ And that was it, and he went back to sleep.”

Today, Gucci has explained the incident to Vulture, saying “Yes, I was knocked out. I was tired. I had a concert down there in St. Petersburg, one of the days I had to shoot a scene. Same time, same night. We started shooting at ten o’clock in the evening until one or two o’clock. I was extremely tired because Harmony would work for almost 48 hours straight, I think. Even though Harmony is a close friend and a great director, he’s a hard boss.”

When asked about speculation that Gucci might have been having real sex in the film (which, if he was asleep, we presume wasn’t the case), he responded: “I tried to have some. They just wouldn’t let me. It was simulated, but, you know, I wish it wasn’t”. Take that how you will.

Also revealed in the interview: Gucci plans to produce three films this year, through his own company Brick Squad Films. “I guess the filmography of Gucci Mane has just begun”, he muses. Now we know, rappers always say this kind of stuff, but if the man’s got time to release four mixtapes in four months and participate in 2013’s most infamous sex scene (in our weird world, anyway), then we like to think Brick Squad taking Hollywood could be a reality. Here’s hoping for the Ferrari Boyz to recreate Twins – there’s even a similar height difference.