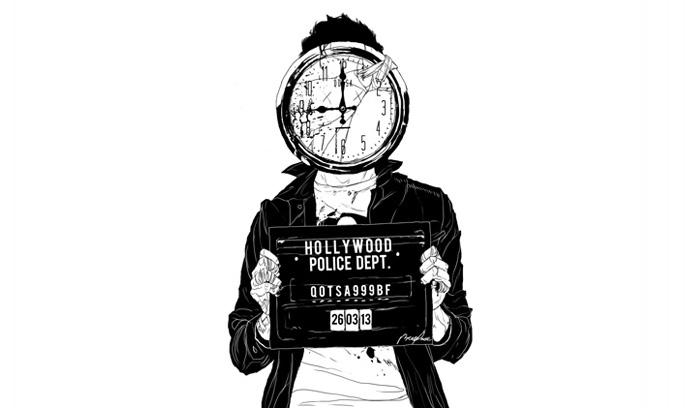 Desert rock gods Queens of the Stone Age have released a press release confirming details of their new full-length, …Like Clockwork.

One of the year’s most anticipated albums, we don’t yet have an exact release date (one will be “announced shortly”), but the press release establishes that the release will come out in June, through the band’s new home of Matador.

Band leader Joshua Homme describes the album as “an audio documentary of a manic year”, and establishes the much-discussed line-up for the album: …Like Clockwork will feature a core band of Homme, Troy Van Leeuwen, Dean Fertita and Michael Shuman, plus drums by former member Dave Grohl, Joey Castillo and former The Mars Volta member Jon Theodore. Guest spots come from Sir Elton John, UNKLE’s James Lavelle, The Arctic Monkeys’ Alex Turner, Scissor Sisters’ Jake Shears, Nine Inch Nails’ Trent Reznor, and former members Mark Lanegan and Nick Oliveri. So yes, the Songs from the Deaf dream-team (Homme, Oliveri, Lanegan, Grohl) are all back together on a record, but it remains to be seen whether they all play on the same song.

The album will be supported by an extensive world tour, and short audio clips can be heard here.