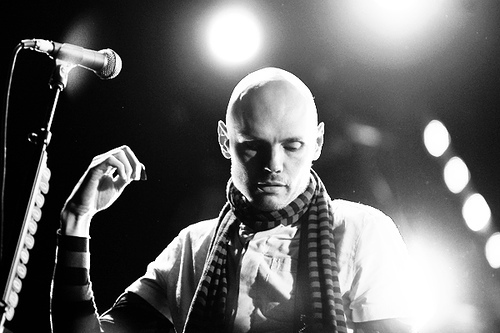 The Smashing Pumpkins have started writing their new album, the follow-up to last year’s Oceania.

Loosely slated for release at the tail-end of 2013, the Pumpkins’ 10th album has previously been described by frontman Billy Corgan as “a cruel record. Vengeance is mine” [via MTV]. Given that two band members have left in recent years, bassist Ginger Pooley and the longer-serving Jimmy Chamberlain, who has been in and out of the band since its formation, it’d be easy to read that as Corgan wanting to settle some scores – but then it’s not like he’s the sort of person to hold a grudge.

Tweeting yesterday, Corgan announced that “today’s our 1st official day of writing for new SP album. Wish us luck!” The group will be playing shows at Manchester Academy, Glasgow Academy and London’s Wembley Arena this Summer, as well as venues in Europe, Japan and North America – for tickets and more information, head here.