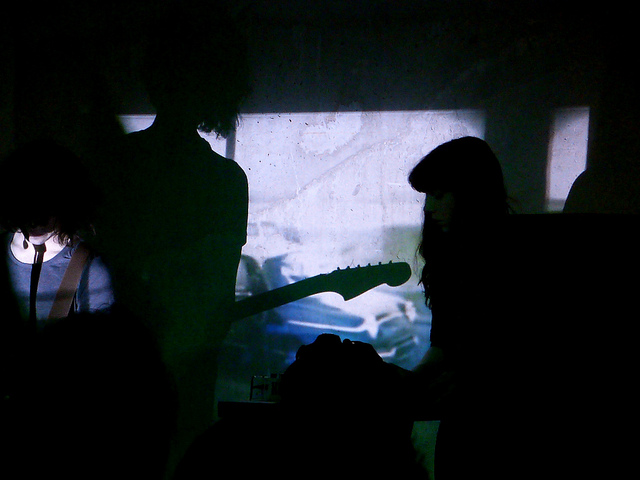 Klaus Von Barrel’s darkwave project, now formally a duo, issued the noirish Immaterial Visions LP on Minimal Wave offshoot Cititrax back in February. Like previous releases for Clan Destine and Sweating Tapes, it offered a stylish blend of No Wave, goth and coldwave, sprung from the same gnarled seed as The Soft Moon’s shadowy shock-rock.

As reported, an Immaterial Visions remix EP has been on the cards for a while, and full details of the disc have now emerged. Regis, last seen prepping Sandwell District’s entry into the Fabric mix CD series, will take on ‘Dayzed’. Sandwell District brother-in-arms Silent Servant will remix ‘Pray To The Light Machine’, and Avian boss Shifted will do his brutalist techno thing on ‘I Only See The Lights. Contributors are also promised from vintage French synth-pop unit (and Minimal Wave favourites) In Aeternam Vale, and Worn, aka Ventress.

Immaterial Visions Remixes will arrive late next month on 160g white 12″ vinyl. A digital release is also on the cards – head to the Minimal Wave website for a selection of snippets. The KVB’s squally ‘Dayzed’ is below. [via Juno Plus]

Tracklisting:
A1. Dayzed (Regis Remix)
A2. I Only See The Lights (Shifted Version)
B1. Pray To The Light Machine (Silent Servant Version)
B2. Lines (In Aeternam Vale Version)
B3. Old Life (Worn Version)