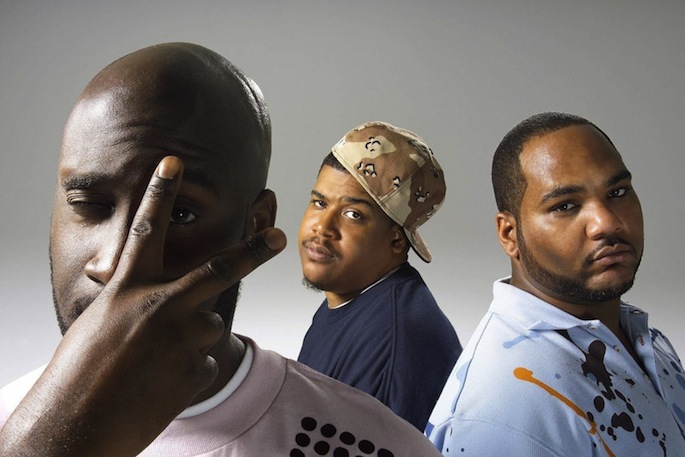 The alt-rap legends will independently release their first new song and video in nine years.

In an interview with Rolling Stone, De La Soul revealed plans to release ‘Get Away (feat. the spirit of Wu-Tang)’, the first in a series of monthly single releases that will be shared over social media.

“I think putting out those singles would be more impressionable than dropping an album at this present day in music,” explained the group’s DJ, Maseo. However, the group will eventually release the long-gestating album, You’re Welcome. “It’s about trying to just creatively have a bunch of songs in the stable. You have to consider a lot from the administrative standpoint in the release of a project. I see the song that we’re putting out being the perfect B-side – with a video this time.”

Of ‘Get Away’, which samples a skit from the Wu-Tang Clan’s 1997 Wu-Tang Forever, Maseo assumes the expected conscious-rap posture: “I think it’s a great record to reintroduce ourselves with… It’s pretty much reflecting on the state of hip-hop at this moment. Everything is redundant. Everything sounds the same. No real lyrical content. Everybody’s just doing business, not really creating.”

Next month, De La Soul will join LL Cool J, Public Enemy and Ice Cube for the Kings of the Mic tour. The group has also discussed experimenting with making soundtrack-style records, a la Isaac Hayes’ Shaft and Marvin Gaye’s Trouble Man. “It’s long overdue. Trust me, man, it disgusts me how long it takes for us to make a record,” Maseo laughs. “Out of all the time we take, we are always happy with the finished product.”