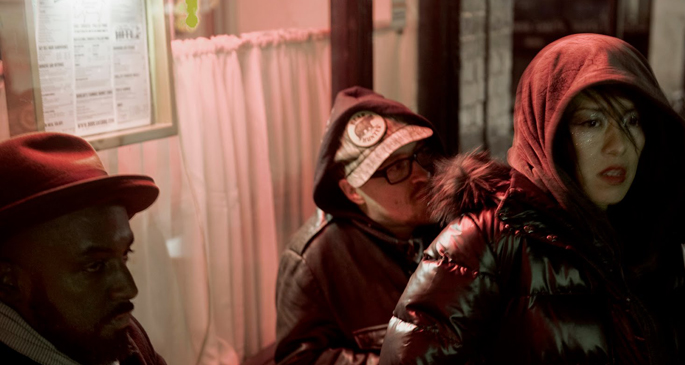 As we already posted, King Midas Sound have recently signed to Ninja Tune from Hyperdub and have a new album in the works. First single ‘Aroo’ is due to drop on Record Store Day (April 20), and FACT spoke the band’s Roger Robinson this week and got the scoop on what we should be expecting from the subsequent full-length. Robinson’s most illuminating comment was to say that the band had “jettisoned the 21st Century lovers rock” and instead moved into near-shoegaze territory, noting that “one journalist who’d seen some of the live material described it as an apocalyptic “My Bloody Valentine in Dub” I think that goes some way to  describe what it’s like.”.

Robinson went on to say that the trio had “about eight songs” finished for the album, and that the album would be a real mix of styles, stating “We definitely have different types of songs that are emerging, In-yer-face belters, drony swoony love songs, and mid-tempo head nodders.”.

The full interview will be posted next week, but for now here’s a reminder of just how good King Midas Sound’s last album, Waiting for You, was: