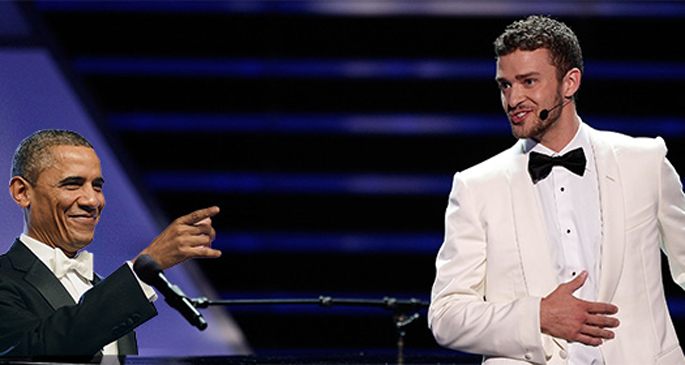 It might seem unlikely, but the current King of Pop and the President of the Free World finally came together last night at the White House.

Part of Michelle Obama’s In Performance At The White House series of events, last night’s show was a celebration of Memphis soul, and who better to represent his home city than Justin Timberlake? Singing Otis Redding’s ‘Sitting on the Dock of the Bay’ Timberlake urged the crowd to join in and sure enough, Mr. President himself was captured doing exactly that. It’s not exactly the duet the world might have secretly been hoping for, but it’s good enough for us.

Take a look at the unexpected collaboration below. [via Consequence of Sound]