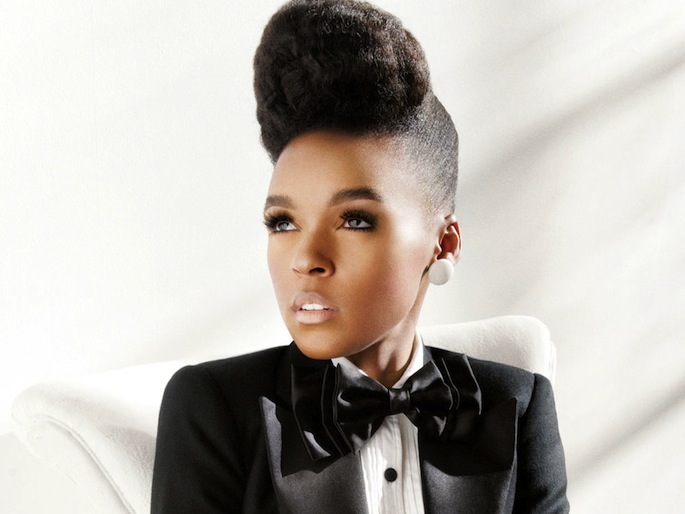 The soul-funk revivalist preps the follow-up to 2010’s The ArchAndroid.

Janelle Monáe, the saddle-shoed, pompadoured singer-songer behind ‘Tightrope’ and ‘Cold War’, has announced her new album, entitled The Electric Lady, via animated GIF (via CoS).

On April 22 (at exactly 7:54pm EST, apparently), she’ll release ‘Q.U.E.E.N.’, a single that features Erykah Badu. The queen of neo-soul has said that Monáe is keeping her on her “A-game:” “Secretly, I feel that I have to go out and crush her. We’re best friends, though: she’ll only find that out by reading this.” [via The Boombox]