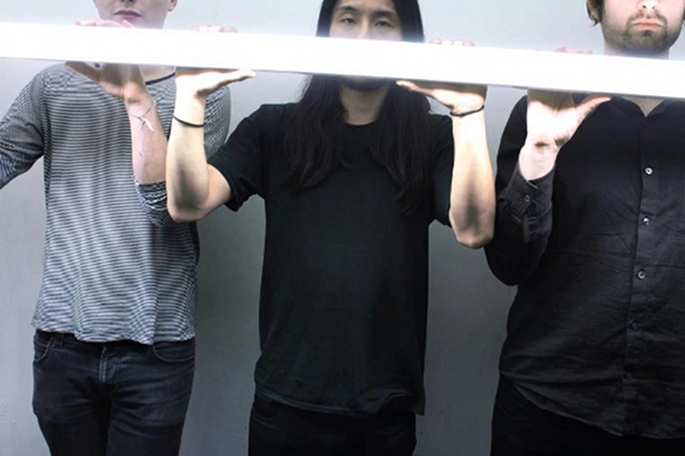 Blood Music – absolutely not to be confused with Karl-Jonas Winqvist twee indie project – is the brainchild of London author and musician Simon Pomery. Over a smattering of releases, he’s specialised in a heady blend of drone, industrial and treated guitar playing. Previous projects include a 7″ collaboration with Nik Colk Void on O. Genesis, and he’s also formed a travelling electronics/drum machine trio under the Blood Music banner.

A new Blood Music EP has now been confirmed for Powell’s Diagonal label, previously home to Powell’s own The Ongoing Significance Of Steel & Flesh and superlative Body Music EPs. The record points to legendary minimalists Rhys Chatham and Steve Reich as influences, and promises four examples of “brute physical force”.

The EP will arrive on plush red vinyl with a special screenprinted poly jacket; a release date has yet to be set. A Diagonal release from electronic troublemaker Russell Haswell is also in the works. [via Juno Plus]