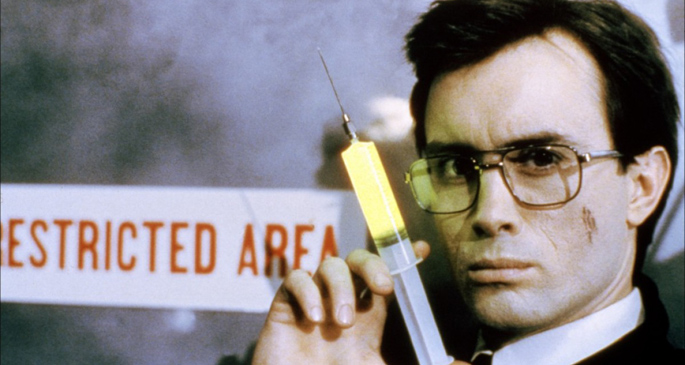 Originally released way back in 1985, Stuart Gordon’s Re-Animator is indisputably one of the finest US horror films of its era, and typically for films back then the soundtrack was as much a part of its success than anything else. Handled by veteran horror composer Richard Band (brother of schlock horror producer Charles Band), the score helped define the genre, and since its release has spawned a throng of imitators, not least in the last decade. Fittingly then, the record is getting repackaged and re-released with the honours handled by fledgling US label Waxwork.

Re-mastering to wax from the original reel-to-reel tapes, it sounds like Waxwork are ready to do the hard work necessary to get this absolutely spot on, and in a world where you can’t move for quick-and-dirty vinyl reissues it’s a refreshing ethic to display. The record is set for release on July 1st on 180g green vinyl, and if you’re lucky you’ll be able to find one of a number of randomly inserted glow-in-the-dark pressings.

For more information head to Waxwork. [via Modern Vinyl] 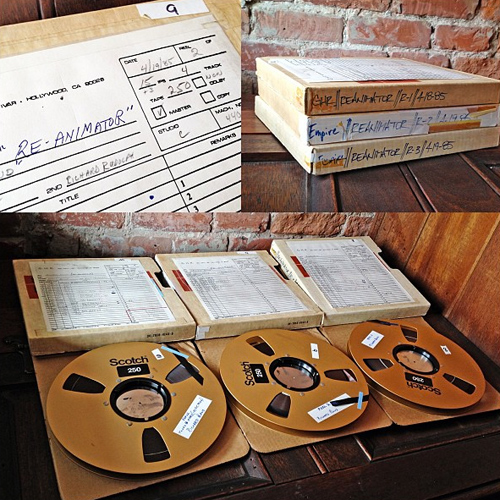