Watch some spectacular videos of Jazari, the “robot” group that uses drum programming hardware like no one else 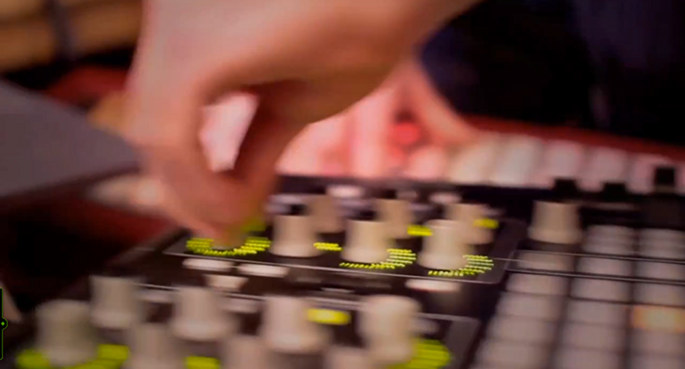 Most people into making music will be aware of drum programming hardware such as Native Instruments’ Maschine.

Patrick Flanagan, who records music as Jazari, however, has taken this kind of approach to an extreme form. Flanked by a band of “robot” drummers – a.k.a. machines that are triggered by Flanagan to play live acoustic drums – he uses a custom-built unit inspired by the Monome controller that he calls the Meganome to control his ensemble, resulting in half-way African, half-way cyborg rhythms that humans would seriously struggle to play.

You can watch two videos of Jazari in action, along with an explanation of how it all work, below [via Beatportal].