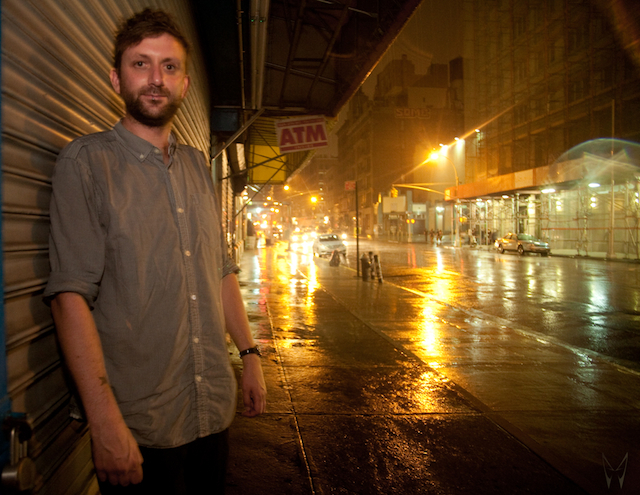 If you’ve had even a casual interest in the development of UK dance in the last decade, you’ll have chanced upon Laurie ‘Appleblim’ Osborne.

In 2005, Osborne teamed up with Shackleton to form Skull Disco – one of the most iconic and oblique imprints operating under the dubstep umbrella, and home to some genuinely classic Appleblim releases (‘Vansan’, ‘Circling’). After Skull Disco shut up shop, Osborne ploughed his resources into new label Apple Pips – variously home to big-hitters like Martyn, Pearson Sound, Brackles and T++.

Over the eight years and two labels, he’s been a serial collaborator, putting out split discs with Peverelist, Gatekeeper, Ramadanman, Geiom – and, of course, Shackleton. Despite his regular recording activity, however, he’s yet to release a solo 12″. Until now, that is.

The ‘Fluorescent’/’Past Present Future’ 12″ promises to be a “new chapter in his musical evolution”. The A side shows Osborne on spry, house-leaning form, whereas the flip is a darker and woozier affair. The release follows a string of fine Apple Pips discs in the last eighteen months; Arkist’s fabulous broken beat jam ‘Rendezvous’; a new single from the ascendant Trevino; and ‘Gas Jam’/’Silencio’, a team-up between Appleblim and fellow Bristolian Komon.

‘Fluorescent’/’Past Present Future’ will hit shelves on June 10, via Apple Pips. Clips of both tracks are available below; Appleblim’s 2011 FACT mix, meanwhile, is available to respin here.