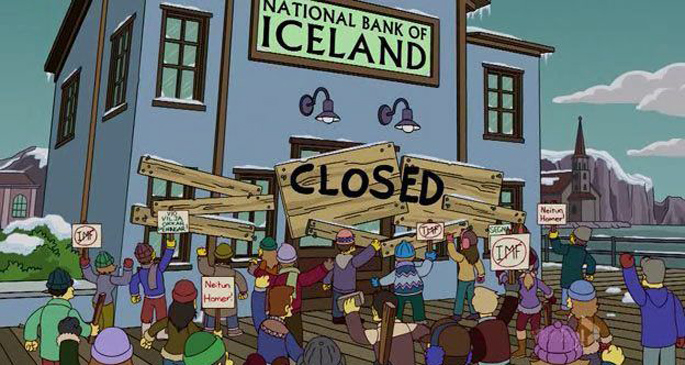 Sigur Rós and The Simpsons? Excuse us if we didn’t see that one coming.

According to Consequence of Sound, the latest season of Fox’s long-running animated sitcom The Simpsons will end in a massive two-part return to Iceland. The beleaguered family last visited the country when Homer became embroiled in the banking crisis in 2010’s The Bob Next Door, but this time the story is set to revolve around African-Icelandic-American Carl Carlson (of Lenny and Carl fame) who will visit the country no doubt on some kind of mis-informed quest – this is The Simpsons after all.

Sigur Rós have been confirmed as being one of many musical guests, and although we’re most excited about seeing the band given the yellow treatment, they’re also contributing music to the episode which will air on Fox on May 25.