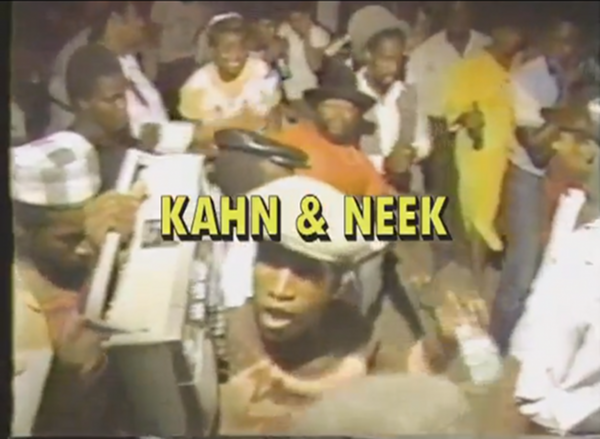 Kahn, of course, rolls with Bristol’s Young Echo collective, and has issued a string of release ranging from blasted trip-hop (Altar) to woozy Punch Drunk-approved dubstep (‘Like We Used To’). He struck up a fulfilling partnership with Neek in 2012, releasing the brutal, Flowdan-sampling ‘Percy’ single on their own Bandulu imprint. As per Kahn’s exceptional ‘Dread’ 12″, their 2012 ‘Backchat’/’Dubchat’ disc for Hotline subsequently saw them turn to Jamaican dancehall for inspiration.

Next week, the pair will return with their first release of the new year. The ‘Chevy’/’Thief In The Law’ sees them return to Bandalu, and heralds a rekindling of their grime crush – as the below clip demonstrates, the A side is scorched-earth industrial grime, swathed in distortion and spotted with guncrack snares.

Tracklisting:
1. Chevy
2. Thief In The Law