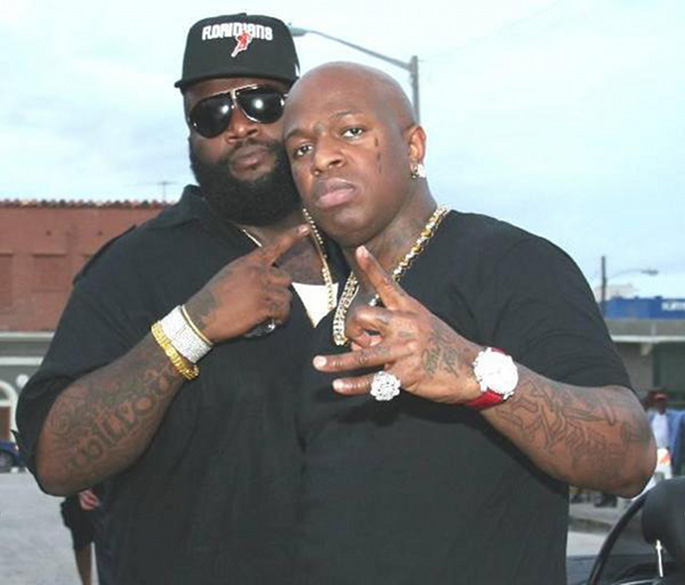 The MMG and YMCMB empresarios are primed to drop a mothballed collaborative album, dating back to 2008.

Rumblings about The H have been going on for half a decade. Back in 2008, Ross revealed that he and Birdman were working on an album-cum-movie project, saying that he and Birdman “went in the studio for the hood.”. As Ross graduated from fame to bona fide superstardom, however, the project quietly slipped onto the backburner. As Complex report, the record is now finally set to see the light of day.

In an interview shot during the video shoot for DJ Khaled’s ‘No New Friends’ single, the pair have announced that the album will see release next week. According to Birdman, the record was recorded over a week or so in 2008, and sees the pair “speaking from the heart”.

The H: The Lost Album Vol 1 2008 is due on May 23. Ross’ forthcoming LP Mastermind is expected later in the year.