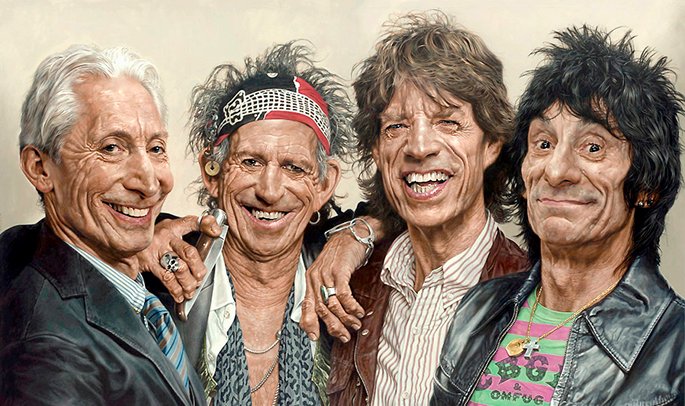 Earlier this week, the BBC announced that this year’s Glastonbury would be its “first truly digital” edition.

Taking its cue from last year’s Olympics coverage, the BBC will broadcast material from the festival over four TV channels, four radio stations and a number of digital services. BBC Three will air coverage from 7pm every night, with BBC Two presenting headline sets and BBC One also providing supplementary coverage. BBC Four, meanwhile, will feature sets from some of the more vintage acts interspersed with archival footage.

Featuring in excess of 120 performances over 250+ hours, the coverage promises to be more interactive than before with the red button facilities being souped up, while a roaming camera will also offer vicarious access to the backstage areas.

It’s emerged, however, that festival headliners The Rolling Stones aren’t playing ball. The Independent reports that the BBC spent last night holding “top-level discussions” with the group’s Mick Jagger after the group told the BBC that they would not be able to stream past the first four songs of the band’s set. Although the group are planning to release their own DVD, from the ongoing 50 & Counting… tour, a source of the newspaper’s claims that “It’s not about money. This show will go around the world. If there’s torrential rain it will play havoc with their performance and they want to sound and look at their best. There’s a lot of factors out of their control.”

The BBC’s head of music television, Mark Cooper, has admitted that “we are having an on-going discussion with the Stones”, but claims that “at this point I’m quite optimistic we’ll get a sufficient amount of music.”

Last month we spoke to Glastonbury founder Michael Eavis, along with the teams behind Lovebox, Stop Making Sense, Sonar, MUTEK and many more to find out the best way to run your own festival… and, crucially, not go bust.