Mark Pritchard to retire all aliases; working on “expansive” Warp album under his own name 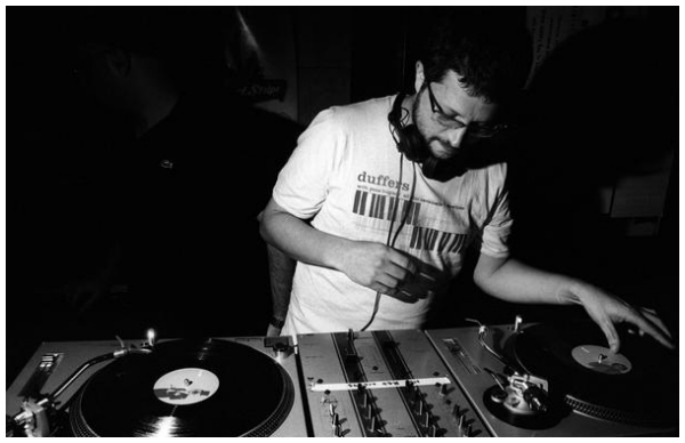 The multi-monikered UK producer Mark Pritchard is releasing four tracks under his own name on Warp later this month.

The man also known as Harmonic 313 and one half of Africa Hitech and Global Communication will release Ghosts on 24 June.

The vinyl, which comes wrapped in some typically Pritchardian psychedelic artwork, includes four tracks – ‘Manabadman’ (featuring vocals from Spikey Tee), ‘Duppy’s’, ‘Ghosts’ and ‘Get Wyld’ – but you’ll be lucky to have heard them so far.

For a taste of ‘Manabadman’, though, check out this mix made by Machinedrum for Mixmag last year, about 16 minutes in, where you can hear Spikey Tee’s vocal bouncing around on a squelchy bass, couched in skittering, spinning percussion.

Update: Warp have got in touch to clarify that Ghosts will in fact be available as a full pressing. Intriguingly, they’ve also confirmed that Pritchard – the man variously known as Harmonic 313, Troubleman, Link and NY Connection – is retiring his network of aliases in order to put out releases solely under his birth name from hereon in. Ghosts will reportedly also prefigure a “more developed and expansive album of songs & features.” Further 12″s are set to follow in the coming months.