“Swarovski crystal staircases”: the EDM Cruise is back, with Pharrell, Disclosure and Skrillex 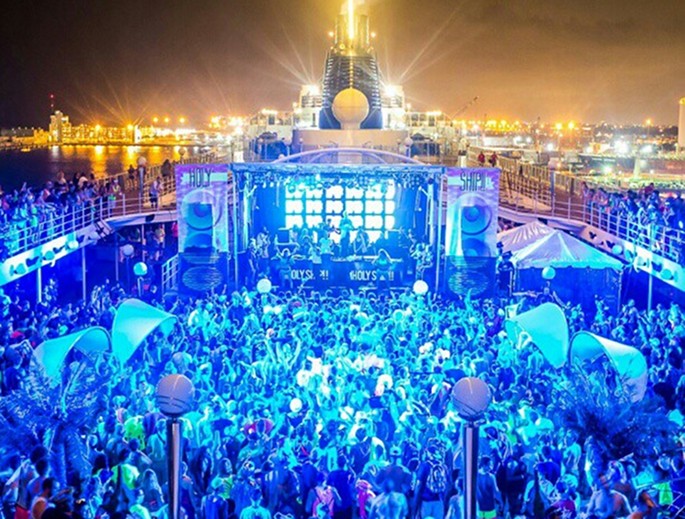 Rave cruise Holy Ship launched in hubristic fashion in 2012, inviting an unenviable collection of frat-boy producers (Fatboy Slim, Skrillex, Rusko et al) onto a cruise, and then subsequently running aground in the Bahamas. Unbowed, the ship sailed again earlier this year, this time boasting a small but significant handful of FACT favourites, including Jackmaster and the Night Slugs crew, on the bill.

Details of the 2014 instalment of the cruise have now hit the web, and it’s another blend of ultra-garish keg party faves and more respectable fare. Holy Ship!!! – now the proud recipient of that mark of the class and distinction, the triple exclamation mark – will run from January 9-12. The vessel has been upgraded to the superior MSC Divina, which promises a Broadway-sized theatre for performances, Swarovski crystal staircases and an Infinity Cruise. The route will take revellers from Miami to the Bahamas, and will stop off a two private island beach parties along the way.

As is to be expected, the bill is stuffed to the gills with big-name EDM and trap dudes (and they are, invariable, dudes): Skrillex, Baauer, Diplo, Brodinski, Zedd and Flosstradamus are among those on board. Further names include Pharrell, Disclosure, Shlohmo, Maceo Plex, Mark Ronson, Claude VonStroke and Armand Van Helden. Head here for tickets and further information