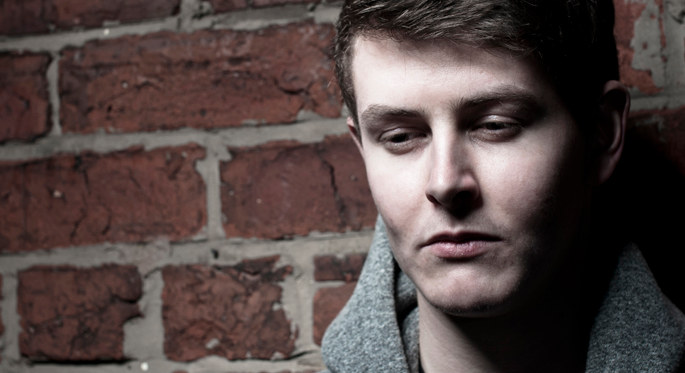 As former scene leaders like Skream and Loefah drop their tempo to house, there’s plenty to be said for the new breed of young producers keeping things dubstep.

Compa, originally from Lancashire but based in Manchester, is one of those producers. There’s an uncanny purity to his music: taking inspiration from his hero, Mala, it’s driven by a full low-end and very much based in dubstep tradition. That attribute can also be found in Compa’s DJing: he only plays off vinyl and dubplates, and he’s more professional than most at handling them – I recently saw him spin in Fabric’s Room 1 and he stunned the place with a selection of classic dubs and his own productions.

That all said, Compa’s no bore – he’s a dab hand with an edit, with a white label remix of Faithless’s ‘Insomnia’ currently doing the rounds. That’s available to stream and buy here; scroll down for a rundown of Compa’s background, his approach to production and DJing, and keeping dubstep’s flame burning in the era of EDM.

What’s your background? Were you always musical, or was it something you got into doing through going to clubs?

Basically I started going to youth club about age 13 and all they had was a room with decks, two turntables and a mixer, and a Playstation. They taught the kids who didn’t want to play Playstation how to mix a little bit and I was just absolutely hooked, man. I started asking where to get records and I was pointed in the direction of a couple local record shops in town so I started going there, spending all my pocket money on records every week and going to youth club every week. I was the one kid who took it upon himself to buy records to take there. I wanted to show them i was on it! They knew I really wanted to learn to DJ. I was blagging the shit out of them to just let me play like five or six records every week, so it all started there.

What was your hometown? And what was the record store?

The two record stores weere HMV, when they used to sell vinyl, and Readys. My hometown is Clitheroe, Lancashire. A really small sleepy northern town. Everything started to click when I moved into Manchester for university in terms of making connections, sharing music and just making music happen. And this was when I started DJing in clubs – I went to one of the city’s dubstep nights called Just Skank and my ex-girlfriend blagged them to make me a resident after the show, so they asked me to play the following show and after that they just kept me on, which actually lead to me being able to meet everyone who played for them in the future, everyone from Pinch to Hatcha to Mala and Coki etc. so…yeah it all started when I hit Manchester in 2010. 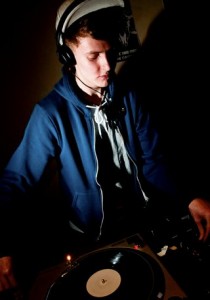 But back when I was younger I found out my cousin was a DJ too, he was way older, he had like ten years on me. I used to think he was like some superstar DJ when I seen his name on posters and seen him mixing in his room. He had loads of records too. My grandma convinced him to shift me a box of them. All Ibiza club house and trance – that’s where i started really. House, trance and then later some of the youth club tutors showed me Roni Size, Dillinja and that kind of drum’n’bass. After that it was all about drum’n’bass for me for years.

At college in my final year they put Reason software on the computers. I found out one of my teachers was a hip-hop producer on the side. He taught me about putting samples together and making beats and i taught myself Reason off YouTube. I just got hooked man. One of my friends I used to skate with played me some tunes at this point when i was around his place buying some of his old drum’n’bass records. Early Tempa, DMZ and Hyperdub music. The first dubstep I heard was by Mala, Skream, Kode9, Burial, Kromestar etc. I was like ‘what’s this slow drum n bass?’. He explained and i started buying it straight away.

“By the time I found out about digital DJiing not only was I hooked on records and cutting dubplates but I couldn’t force myself to become uncomfortable. It didn’t feel right and it still doesn’t.”

You’re pretty dubstep to the core – there’s a real purity to what you do, as corny as it sounds, right down to the fact you still cut dubplates. Is that something that you think is in you as a person, or did it come out of falling in love with the music?

Well the reason I still cut dubplates is so much more simple than anyone thinks. When I started DJ’ing about nine years ago there wasn’t a laptop or CDJ in sight for years. Man I didn’t know that DJ’ing with anything but vinyl was possible for years. I didn’t go to clubs because i was too young and I didn’t have internet for years too. By the time I found out about digital DJiing not only was I hooked on records and cutting dubplates but I couldn’t force myself to become uncomfortable. It didn’t feel right and it still doesn’t. Being dedicated to my roots is definitely in me as a person. It’s something i’m proud of – to represent what inspired me originally within dubstep, like cutting dubplates for example.

On the other side of things, you run quite a few edits of classic dubstep tracks – ‘Ancient Memories’, ‘Anti-War Dub’, etc. I know you’ve said you do it because it works out cheaper than buying your own dubplates, but are you ever a bit worried about what your audience think?

To be honest, that is the reason, the cost aspect. I remember wanting ‘Anti-War Dub ‘on vinyl – and bear in mind at this point no-one had ever heard of me, I didn’t remix that tune for attention or shit, I’m not like that. I remixed it because a £30 dubplate was cheaper than a £400 original copy. I love remixes. I thought it would be cool to make my own version. To be honest I didn’t even consider it might offend people, after all I wasn’t involved in the scene and I just didn’t know anything back then, luckily the reaction was positive and brought me a lot of the right attention at the right time.

I don’t really worry about what people think of my music. At the end of the day I make music for me. I don’t make cheesy shit for bait vocals. I make music for me at night when i’m having a drink and relaxing. I mean, as I’ve learned more about frequencies and as I started getting booked I started having things like soundsystems in mind more, but most of the time I just jam and express what i’m feeling. Listen to the ‘Kalindi’ tune man, it’s not built for radio, not built for a club, or even a sound system. I built it because I was feeling low and I was unhappy. So i grabbed a drink and opened Logic. I didn’t ever expect it to get signed and come out on vinyl or anything, Kokeshi just asked to sign it, and the music Kokeshi have released is inspiring to me, they represent my ‘sound’ – dark and emotive music. 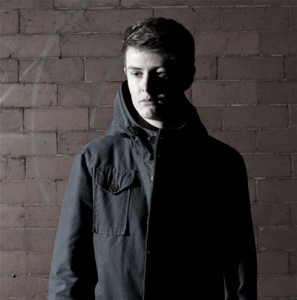 Mala’s been co-signing you for a while now – how did that relationship start?

Well Mala was the first person I ever sent music to, back in 2009, and he’s still the only person I religiously share music with because he’s always been such an inspiration and I have a lot of respect for him. I’ve sent him probably 99% of my music since day one. I used to send him folders on MySpace every couple months with about fifteen or twenty tunes [laughs]. He was always kind enough to say thanks which inspired me, because most other people never replied to me in the early stages. Although my beats were terrible so i don’t blame them [laughs]. I used to cut a dubplate when I knew Mala was playing in Manchester and I’d try and see him after his set to give it to him. I just wanted to share my music with him man.

After about three years of sending music he got in touch and we started speaking more regularly and stuff, y’know. He called me up and we had a chat about a couple things. I don’t want to say too much about our conversations. I remember once i was browsing videos of some night in Texas and I clicked on one of him and he was playing my tune ‘Alpha’ and he rewound it. That’s when I found out he’d cut a few of my tunes. It’s just a positive feeling man. Inspiring to have music played by the one person i always wanted my music played by. Simple pleasures in life. But something i’ve worked really hard for.

Is there any advice that’s particularly stayed with you from him?

A lot man. I take in everything he says to me y’know. Once back in the early stages he told me I had some good ideas but it was all about learning to translate those ideas through the software. I never forgot that. It really made me think. When I listen back to my really early beats now I can hear what i was trying to do, the tunes I was trying to get to, but obviously I couldn’t work the software properly, didn’t know about EQ or compression or layering or composition etc, and I think that’s what he was saying. I’m glad I’ve been able to get to know him man. It’s a blessing to be able to share music with everyone though, whether that’s releasing a 12″ for people to buy and play or sending dubs to my friends including Mala. Sharing music is positive.

As I say, you’ve got this pretty pure approach to dubstep – how does it feel when a lot of the scene have moved away from it and have quit cutting dubs or playing dubstep, and a lot of people think it’s just noisy shite? Like do you feel like it’s a bit of a losing battle at times?

[laughs] “Noisy shite”. Well to be honest I don’t really think about the rest of the people within the scene in that sense. I see everyone as an equal producer with their own sound – whether I enjoy their sound or not. I respect them as musicians and as friends when I’m able to meet them and get to know them. But I understand what you’re trying to say. I hate being asked by people ‘What music do you play?’, because i know if I say dubstep they think I play those beats – Skrillex, etc. And i always try and explain but fail miserably, but to be honest who cares? I know what my music is. You know what my music is. And if they really want to know, they’ll find out what my music is so it’s all good.