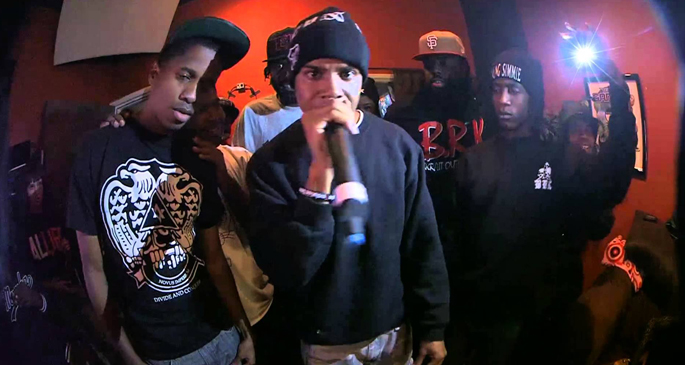 Spaceghostpurrp‘s unpredictable streak is precisely what got people interested in the first place, but it seems like these days it might be bad for business. Over the weekend cracks began to show in his Raider Klan (which he supposedly disbanded not so long ago, when he changed his name to Muney Jordan, but let’s leave that for now) with Ethelwulf, Sky Lex and Eddy Jordan making it clear that they had split. This comes not long after key member Chris Travis walked away from the Klan, and quickly after the news surfaced, Purrp very publicly dropped another Klan member – Denzel Curry. Surprisingly Curry seems to have taken the whole thing surprisingly well.

As you can probably imagine this doesn’t leave a whole lot of ‘known’ talent at Raider HQ – anyone who managed to peep the Klan’s recent shows will know that Curry and Travis were a large part of the band’s backbone, so the losses are sure to cut deep. For those of you interested in knowing who’s left, we still have Yung Simmie, Amber London, Key Nyata, Dead Craig, Nell and a few more – who knows, they might pull through yet.