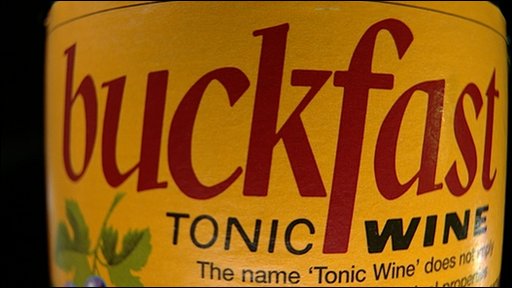 Daft Punk‘s ‘Get Lucky’ isn’t just one of the year’s biggest singles – it’s also prompted a ton of cover versions, including this 8-bit mix and a version by Nicolas Jaar’s Darkside project, who remixed Daft Punk’s Random Access Memories in full.

The bar has been raised, however, by Irish singer / drinker Raggaman Bob, who here re-imagines the song as a tribute to every Brit’s favourite fighting drink, Buckfast. Some background for non-UKers: Buckfast is a high-strength fortified wine associated with anti-social behaviour, mostly in Ireland and Scotland, where it’s arguably as important to electronic music as Optimo, LuckyMe and Numbers combined. Think a triple-hit of alcohol, sugar and caffeine complete with a gross, sticky after-taste and an urge to hit the person next to you.

And no, they don’t serve it at the Grand Prix.