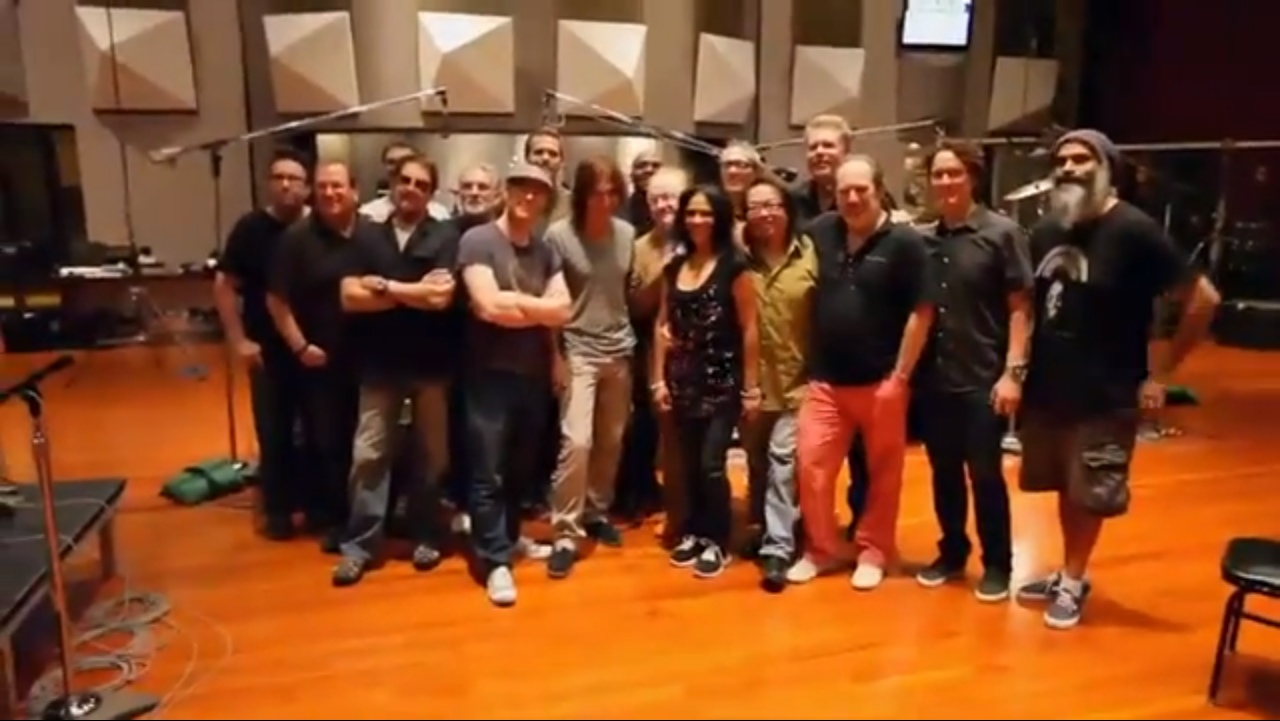 Hans Zimmer recruits a dozen drumming legends for the Man of Steel.

That was the idea behind the recording of drums for Hans Zimmer’s score for the latest Superman flick. It’s a pretty impressive feat, which you can watch below. However, it does make you wonder if Pharrell sleeps these days, or if his time is entirely devoted to the studio. [via Antiquiet]