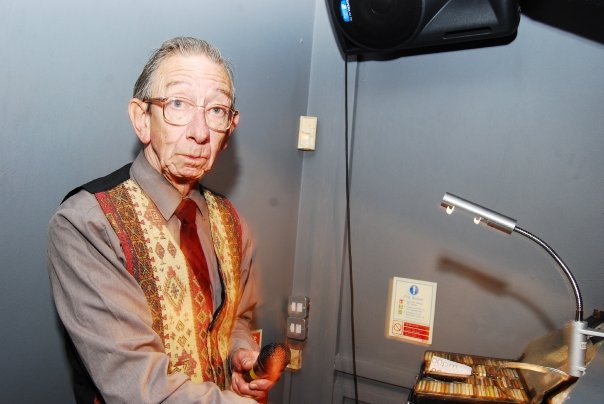 At any given moment in the UK, you’re never more than fifty feet from somebody that’s skanked to Derek ‘DJ Derek’ Morris.

The Bristol-born DJ has been a fixture on the homegrown reggae/dub circuit for as long as anyone can remember. He’s one of those rare figures whose star has risen as he’s got older, building a phalanx of young fans through regular sets at the likes of Glastonbury, Bestival, St Paul’s Carnival and just about every university campus worth visiting. Between his avuncular demeanour, faux-patois toasting and deep-as-a-well knowledge of his subject material, he’s captured a lot of hearts in his 71 years.

The septuagenarian has been scaling back his residencies over the last few years, and has now decided to hand in his selector’s badge once and for all. Speaking to Cool Beans, the DJ revealed that his forthcoming NYE show at regular spot Notting Hill Arts Club will be his final show. According to the DJ, “This NYE will be last gig I do there and will also be my last ever gig.”

The DJ elaborates further on his decision to call it quits: “I will be 72 the fortnight before I do my last ever gig, and while I’m reasonably healthy it’ll be nice to do some travelling without carting my gear around!” The chat also sees him runs through his favourite memories from his long career: touring the world with WOMAD, welcoming James Brown to Harbour Festival, and getting props from Toots & The Maytals (“Everybody know you. You’re the white man that talk the people’s talk and play the people’s music”)