The Bug, Congo Natty and Channel One Soundsystem set to descend on London’s Village Underground 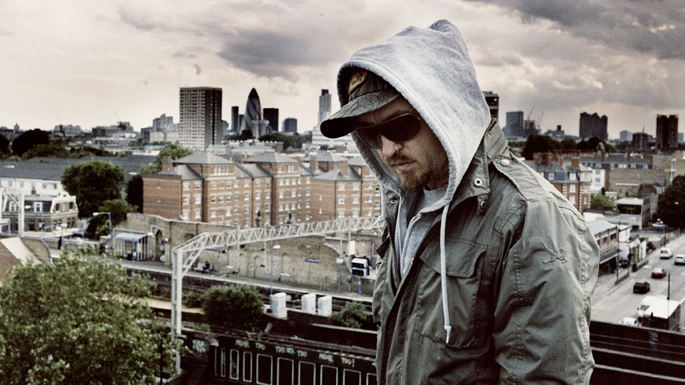 Soundcrash have a truly brutal line-up planned for October 4.

London get ready, as this one’s a bit special – Soundcrash have always put on good parties, but this collision of dub and jungle is likely to be memorable to say the least. Topping the bill is Ninja Tune ragga modifier The Bug, who promises to bring his electrified visions to life with the help of MC Flowdan. As if this wasn’t enough, there’s an appearance planned from jungle pioneer Congo Natty, who still stands as one of the most influential figures in the entire scene. Aided by Congo Dubz, his deranged collision of rapid beats and stomach churning basses should have you back in ’93 in no time.

Rounding things off will be one of the world’s top soundsystems, Channel One, and accompanied by Mikey Dread and Jah T they plan to take us through their thirty year(!) history with some of the greatest dub ever to grace a wax disc.

For more information and tickets, head over here. 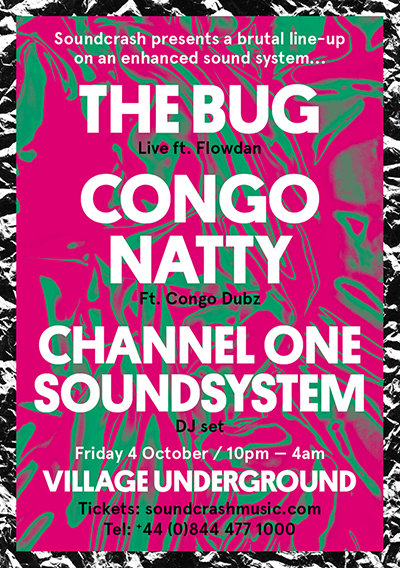