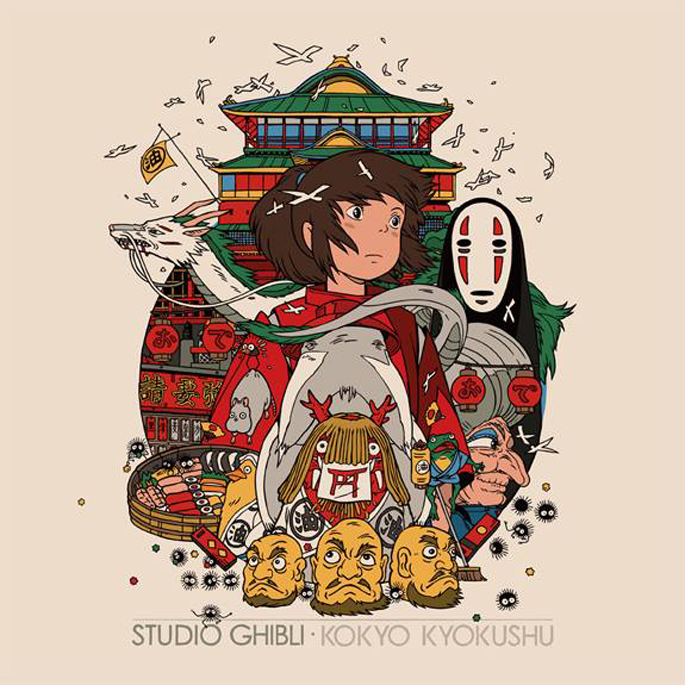 From Spirited Away to Laputa, Island in the Sky, Japanese production company Studio Ghibli are a powerhouse when it comes to piecing together unforgettable animated movies.

Their particular style is unmistakable and hugely influential, and the accompanying scores have often been just as important as the visuals.

It’s hardly surprising then to hear then that Texas-based boutique poster company Mondo have rustled together a very special compilation of some of their best known themes, and in typical Mondo style it’s going to look the part too. The company has built up a pretty solid sideline in vinyl re-issues lately, handling the release of the Drive OST, Oblivion, Poltergeist and plenty more, but this new collection looks to be their most ambitious to date. For starters it’s going to have three separate sleeves designed by illustrator Tyler Stout, each one based around a different one of director Hayao Miyazake’s most loved movies – Spirited Away, Princess Mononoke and Howl’s Moving Castle.

Interestingly, the Howl’s Moving Castle artwork will be the only release to use full Japanese text, and will also include the traditional Obi strip, just to look the part that little bit more. Each variant cover will also contain a different coloured vinyl, so collectors out there will no doubt want to make sure they bag one of each.

Studio Ghibli Kokyo Kyokusho will be released on July 26 via Mondo. [via The Vinyl Factory] 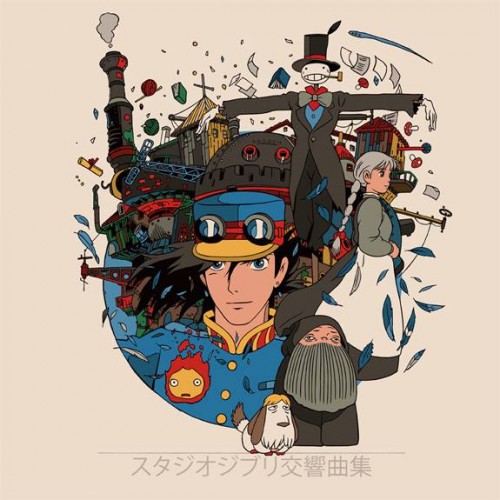 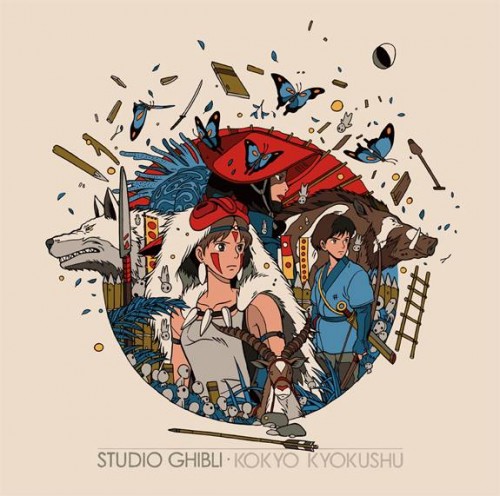