Pinch and Bass Clef to perform live soundtrack to Robocop 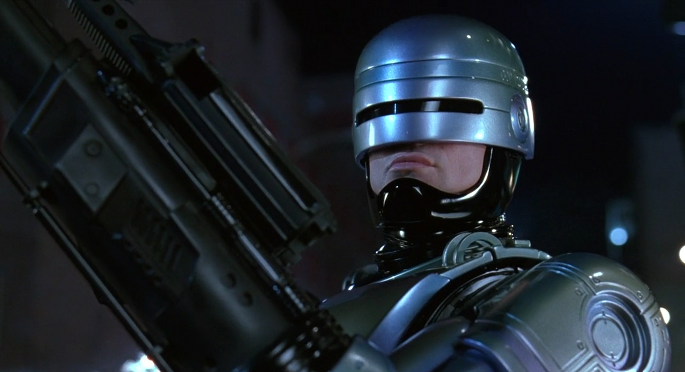 “Come quietly or there will be… trouble.”

With the lease on the venue set to expire this year, Bristol arts space The Cube is currently raising funds in order to buy the building in which it operates. In order to help reach its target, the organisation has announced a night of bespoke film soundtracks at Bristol’s Old Vic in September.

They’ve assembled some interesting acts for the occasion: psych-indebted indie group Goan Dogs will take on Tim Burton’s freaky fable Edward Scissorhands; The Atlas Mountains’ Francois will provide music for Claude Lelouch’s Un Homme Et Un Femme; lo-fi pop outfit I Know I Have No Collar will do their thing to a selection of Hal Hartley films; and Jesse Vernon’s 30-piece The Greatness Of The Magnificence Orchestra will play the works of the great Ennio Morricone.

The big draw, however, is a reinterpretation of Paul Verhoeven’s 1987 cyber-fantsasy Robocop, performed by Tectonic boss Pinch and Punch Drunk/Idle Hands regular Bass Clef. The set promises “electro-retro-futuristic music” from the pair, with Clef adding “extra dimensions” to Pinch’s score. Update: Pinch has clarified via Twitter: “We’re just reinterpreting the film and score in a 25-30 min live piece rather than rescoring it all, fyi, will still be sick tho!”

The night will take place on September 6. Head here for tickets and further information. [via The Wire]