Timbaland says Nas, Jay Z, and Justin Timberlake have recorded a track together 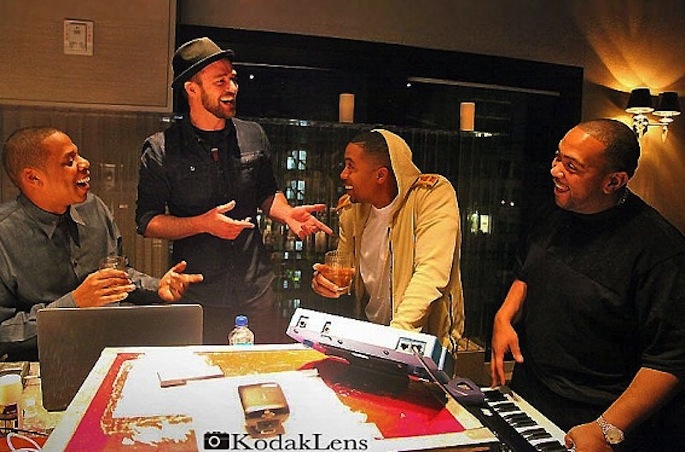 In an interview with Revolt TV, Timbaland shares some thoughts on Aaliyah and Drake, but the most interesting development is that a rumored song featuring Nas, Jay Z, and Timberlake (presumably produced by Timbo) has been recorded.

“Nas got a song right now with him, Jay and Justin. It’s completely stupid,” Timbaland reveals. “It’s called ‘Sinatra in the Sand.’ Justin sounds like Frank Sinatra.” Considering how closely all four have been recently — and ‘Suit & Tie’s lounge singer aesthetic — this certainly is in the realm of possibilities. Watch the full interview below. [via Complex]