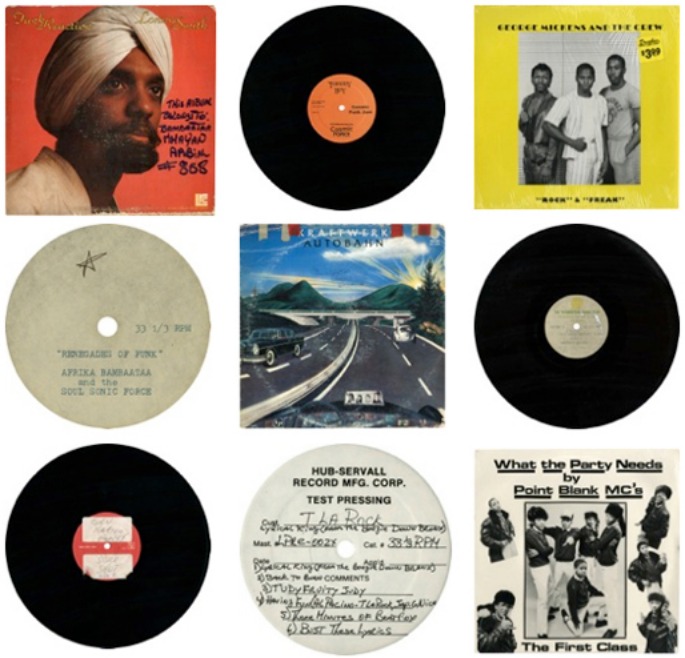 Afrika Bambaataa is so integral to the history of hip hop that he’s said to have coined the term in 1982.

One of the first DJs to splice together drum breaks to create breakbeat rhythms, Bambaataa’s Kraftwerk-sampling 1982 hit ‘Planet Rock’ (below) is easily one of the most influential records ever made, paving the way not only for hip hop but for electro and techno too.

Now the Bronx DJ’s vast vinyl collection, which maps the birth of hip hop across 40,000 records, is on show at a New York art gallery where it’s being catalogued before its transfer to a new permanent home at Cornell University, where Bambaataa is currently a visiting scholar.

“We have emptied three of Bambaataa’s storage spaces,” archivist and curator Johan Kugelberg told the Village Voice, “identifying anything from documents with scripts to old tapes to Soulsonic Force costumes.

Visitors are invited to drop in to Gavin Brown’s Enterprise, 620 Greenwich Street, to find out more about the archiving process and listen to guest DJs playing selections from the crates. The archive is open Monday to Friday between 12pm and 5pm until 10 August.