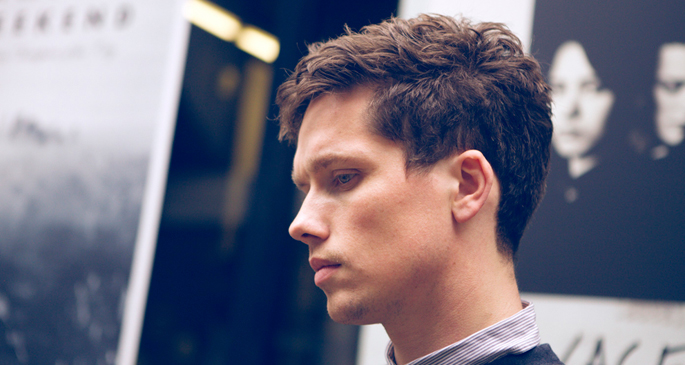 The Diagonal label is on the up and up, and according to proprietors Powell and Jaime Williams, they’re due a slew of titles that should have fans of fuzzy, sand-blasted electronics frothing at the mouth.

First up is a new 12″ from ex-noise rock band Shit and Shine, and while they’re maybe best known for their handful of essential drops on the Black Country’s Riot Season imprint, this time they’re moving in a markedly different direction. Described as a “bizarre four-tracker of driving electronics and freeform sampling” we have no idea what kind of sound the band has transitioned to, but we’re sure it’ll be worth hearing.

This slab is due to be quickly followed up by a new 10″ from Digitalis-signed noisy techno types Prostitutes. If you heard the phenomenal Crushed Interior LP from earlier this year you’ll no doubt know what to expect, and know that Jim Donadio’s grit-mouthed electronics are something to be savoured.

Describing the records Diagonal is putting out at the moment, Powell says it’s “club music”, and is set to back this up with a mini-LP from noise don Russell Haswell apparently made up of “drum tracks” that should find him on a far more dancefloor-facing tip than usual.

Possibly the most exciting news however, is that the label has snapped up an album from NYC’s Death Comet Crew, the crucial rap/electro collective that featured the late Rammellzee, Stuart Argabright and Michael Diekmann of Ike Yard, Shinichi Shimokawa of Black Rain and Gray’s Nick Taylor, operating under the DJ High Priest moniker. Excitingly every track on the record is unreleased and unheard, which leads us to not only wonder how Diagonal managed to get hold of the record, but also why it’s taken this long to emerge – we’re excited, to say the least.

Rounding out the year will be a 12″ from US synth types Streetwalker, and a hotly anticipated release from Powell himself. Not a bad run, we’d say.

If you fancy seeing Shit and Shine in the flesh, Diagonal will be running a label night of sorts at London’s The Lexington on August 7. The band will be backed up by Blood Music, and will have Powell on the decks, as well as a special appearance from Regis under his Sandra Electronics alias.

You can listen to Powell’s incredible FACT mix here. 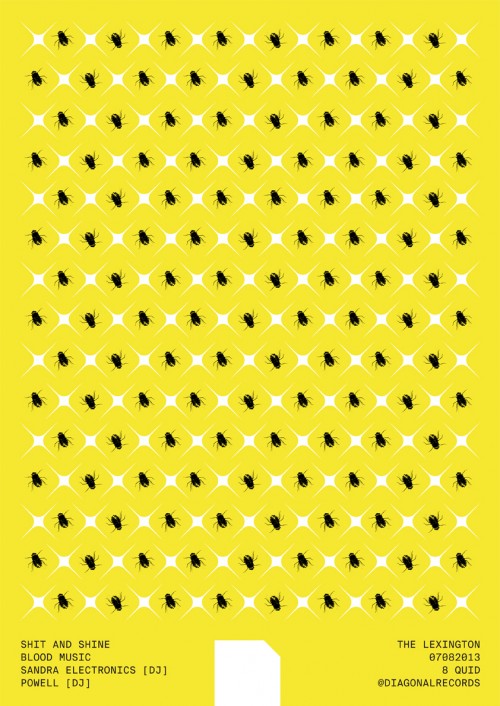