On Record: Machinedrum on nostalgia and the “supernatural” power of Boards of Canada’s Music Has the Right to Children 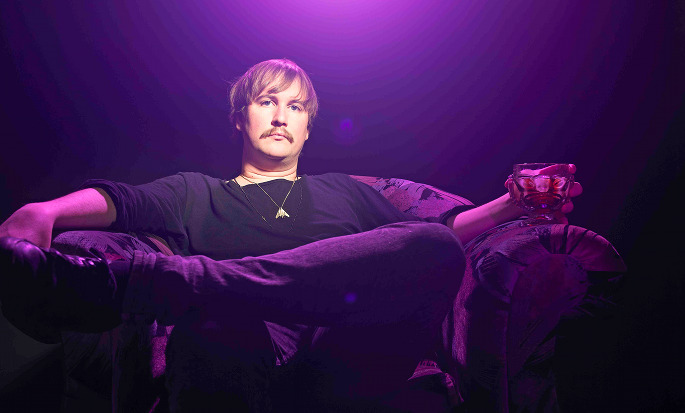 In this edition we caught up with Machinedrum. A gentleman of eclectic taste, North Carolina’s Travis Stewart has spent the past decade exploring the intersections between hip-hop, jungle, Warp-influenced electronica and, in recent years, the shape-shifting rhythms of footwork. He’s just contributed a new track to d’n’b torchbearer dBridge’s second Mosaic compilation and is gearing up for the release of his next album, Vapor City, on British label Ninja Tune next month. He picked Boards of Canada’s peerless 1998 debut, Music Has The Right To Children.

Boards of Canada have some very dedicated, very intense and perhaps slightly crazy fans. Are you one of those?

I probably used to be more than I am now, but [Music Has the Right to Children] is something I’ve always listened to since it came out – it was as powerful when I first found it as it is now.

Can you remember the first time you heard it?

I think I was like 15 or so, and I’d forced my parents to take me to New York City for our family vacation that year instead of going to the same beach we’d always gone to. I remember going to, I think it was Virgin Megastore, and I bought that album and listened to it that same day and took it all in. After listening to it I didn’t really understand what was happening to me, but I knew I was in love – there’s just something really powerful about it, and it really got me excited about making music.

Do you still listen to it regularly?

I find that once or twice a year I’ll pull it out and listen to it. I mean, it’s one of those albums I can just listen to in my head if I want to, I’ve listened to it so many times.

How do you think the record, or Boards of Canada more broadly, have influenced your own music?

I’ve always gravitated towards their approach to melodies and their simplicity, and how they can be so powerful through a simple repetitive melody. There’s just something about it that gives me chills, it’s one of those unexplainable things, almost supernatural in a way. I’ve never been able to wrap my head completely around it. And it was cool to me, at the time I discovered their music, how they had combined this really ethereal, heavily analogue, kinda lo-fi melodic music with hip-hop rhythms and dirty beats. I always thought that was cool and it inspired me to make the same kind of stuff early on.

“I almost feel guilty that I’m giving out too much. Boards of Canada are still relevant even without having to turn out tunes every few months.”

One thing often said of Boards of Canada is that they explore a nostalgic worldview, playing with analogue sounds and library music, that sort of thing. That seems very different to what you do, which is more future-facing.

I think the nostalgic feel in their music is definitely representative of the kind of gear that they’re using, and sampling these older documentary-esque things from the ’70s. I mean, I have done work like that – maybe the earlier Machinedrum albums are more representative of that than the newer material. But I still feel like my music can be somewhat nostalgic, but in different ways than Boards of Canada. Maybe it’s more my kind of nostalgia in that they’re a bit older than me and the late ’70s and ’80s were their formative years, whereas mine were late ’80s and ’90s, so I think my nostalgia and retro sensibility has more to do with the ’90s and early rave culture and early electronica.

What did you think of their recent record, Tomorrow’s Harvest?

I thought it was great. I think it’s really cool that they’re sort of going back to this album-as-an-event approach, which has been lost in the past few years. It’s much more exciting to look at an album as a whole and be excited about everything surrounding it and the build-up to the release, as opposed to it just being the ‘here’s some music, throw it on your iPod’ approach that everyone has gotten used to in the past few years. I don’t know, musically I find it to be very satisfying. There’s maybe one song on the album that I wasn’t really into, but otherwise I feel it almost harks back to their older sound, more than their past album.

Boards of Canada really limit the amount of their material that’s out there, which is a very different approach to many young producers and DJs now, who constantly have new tracks and mixes coming out.

Well, it’s hard to say if [Boards of Canada] are prolific or not, I mean it could be a case similar to Aphex Twin where they’ve got loads and loads of unreleased tracks that people will never hear. And in that sense I almost feel guilty sometimes that I’m giving out too much. There’s this pressure, especially with modern music culture, to constantly have presence, constantly be coming up with content, and that’s the only way that you can stay relevant. Then you find people like them that are still relevant even without having to turn out tunes every few months and doing all these remixes and collaborations, so in a way I stand in awe of that and wish that I could have that same kind of notoriety and respect that people have for them, the less-is-more kind of approach!

But at the same time I’m just so excited about writing music and sharing it with people. Maybe it’s a different reason behind writing music. I feel like if I can brighten up somebody’s day or make somebody want to go straight into their studio and write a track influenced by what they hear, then my job’s done, and the more that I can do that the better.