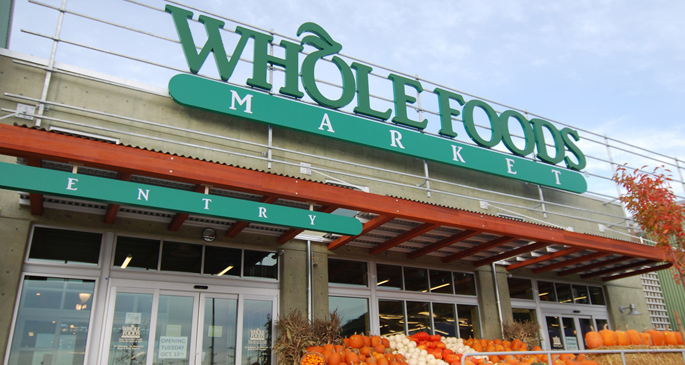 It’s a regular occurrence to notice a rack full of carefully picked inoffensive CDs sitting next to the checkouts of U.S. upmarket grocery behemoths Whole Foods, but now they’re taking that concept one step further.

No doubt in reaction to the widespread news that vinyl is receiving quite the upsurge in popularity right now, five of the chain’s Californian locations are now offering a “carefully curated selection of vinyl records.” As could probably be expected, this doesn’t mean that you’re going to be able to grab a coveted LP copy of Dean Blunt’s astonishing The Redeemer while on the hunt for seasonal heirloom tomatoes and $10 juice boxes, but if you’re in the market for Daft Punk, Bob Marley, Tegan and Sara, Frank Sinatra or The Arcade Fire you’re in luck.

Whole Foods’ regional executive co-ordinator explained the choice further, saying: “This launch isn’t just about stocking our shelves with something new and different – it’s about listening to our shoppers and giving them access to the things they want – whether it’s their favorite cheese or their favorite way to enjoy music.”

This isn’t the first time a supermarket has encroached upon the territory of the world’s ailing record stores (hello Tesco), but selling a handful of vinyl does at least seem like a step in the right direction. [via The Daily Swarm]