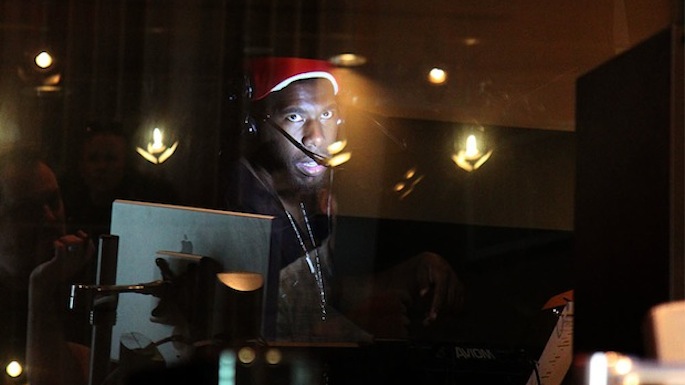 FlyLo mans the in-game decks for a look at the “modern L.A. scene.”

GTA 5 is set to continue Grand Theft Auto‘s tradition of having real life-musicians portraying in-game DJs, and the Brainfeeder boss will host and mix the music for one of the stations.

“Soundtracks have been an essential part of all our games and for Grand Theft Auto V, we wanted to cover the full breadth of the modern L.A. scene,” said soundtrack supervisor Ivan Pavlovich via a press release.

Writing on Twitter, FlyLo shares more details: “Everyone wants to know why lovers melt is taking so long. Well I was realllly busy putting all that together,” adding that he “did try and get a new Aphex song. And a new burial track for GTA V. No luck on that tho.” Understatement of the year on that last bit.

The tracklist for FlyLo FM features new music by Tyler, the Creator (the previously leaked ‘Garbage’), FlyLo’s Captain Murphy persona, and the producer himself. The set also includes tracks by Aphex Twin, Outkast, Hudson Mohawke, Machinedrum, DJ Rashad, Kingdom, and more, instantly making it the most impressive video game soundtrack ever. Sample the station over at Pitchfork.