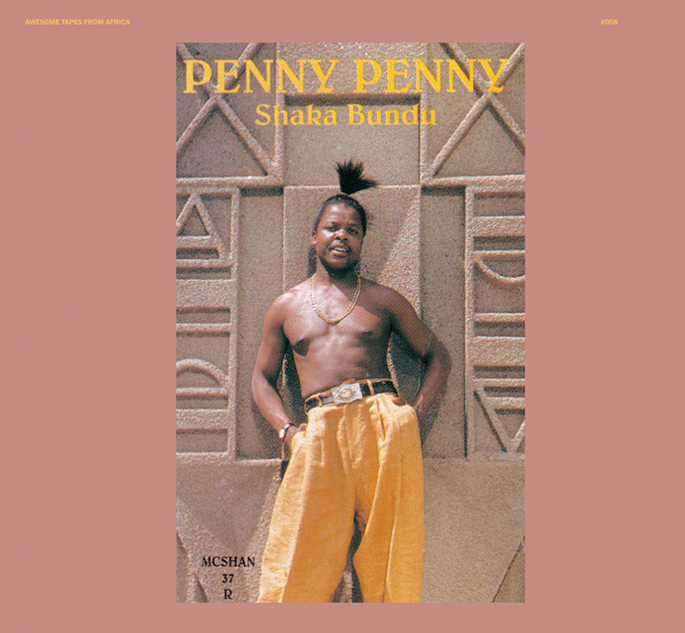 The, er, awesome Awesome Tapes From Africa have got their hands on a seriously enjoyable gem from the Rainbow Nation.

ATFA have had a cracking 2013, carried by Hailu Mergia’s exceptional Hailu Mergia And His Classical Instrument – easily one of the best reissues of the year to date, and a must-listen for fans of Mulatu Astaque’s eldritch jazz. Good news: their latest is similarly tantalising.

Shaka Bundu (1994) is the debut full-length from South African house sensation Penny Penny. His story is the stuff of the Bildungsroman: the youngest of 68 children, he found himself flung into poverty, zipping between odd-jobs before, in the wake of the dissolution of apartheid, finally releasing one of the most country’s most feted house albums in his mid-Thirties (he’s now an African National Congress politician, naturally). Despite featuring vocals sung in the marginalised Xitsgona language, Shaka Bundu was a major hit, shifting over a quarter of a million copies in the country.

Musically, Shaka Bundu offers good-time house at a 100bpm crawl – think Inner City with some added springbok flavour. Strung together on Atari, Korg M1 synthesiser and reel-to-reel tape over the course of a week, it’s got a pleasantly rough feel, but Penny and his producer Joe Shirimani keep things sufficiently hooky and beefy to impress. Really corking stuff, in short.

ATFA’s edition will arrive in November across all formats. Album opener and prime standout ‘Shichangani’ is available to stream and download below. The album drops on November 12.