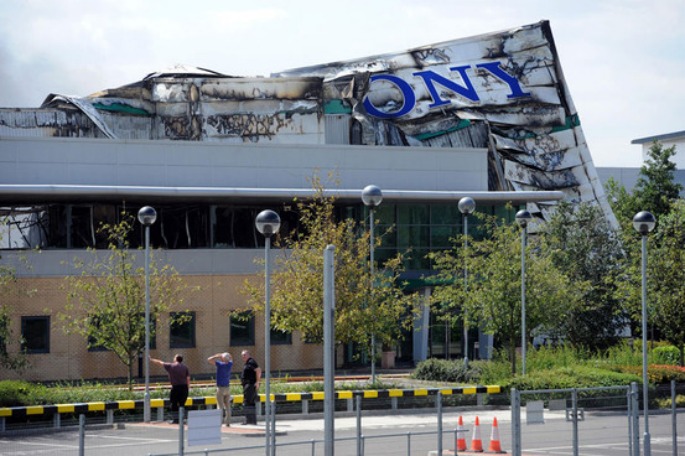 Sony’s insurers win up to £60 million in damages.

Britain’s High Court has ruled that the police should be liable for the losses incurred by the fire at the PIAS warehouse in north London, which was destroyed in the August 2011 riots.

As CMU report, two insurance companies saddled with many of the costs relating to the warehouse fire argued that under the Riot Damages Act, the police should pay compensation. But the Mayor of London’s policing and crime office argued that the fire was actually a “planned criminal enterprise” and not a direct result of the riots that engulfed the city at that time.

Now a judge has ruled in favour of the insurers, noting that the perpetrators had acted “riotously” and in an “excited, volatile manner”, meaning that the Riots Damages Act can apply. The insurers can now expect police authorities to cover many of the losses incurred.

The fire at the Sony DADC centre was a catastrophic blow for the many indie labels, including Warp and Ninja Tune, whose physical stock was stored in the warehouse of their distributor, PIAS. More than 3.25 millions CDs, vinyl and rare box sets were destroyed in the fire, and a legal fight has been raging between the Metropolitan Police and insurers over who should cover the lost costs ever since. [also via Music Week]