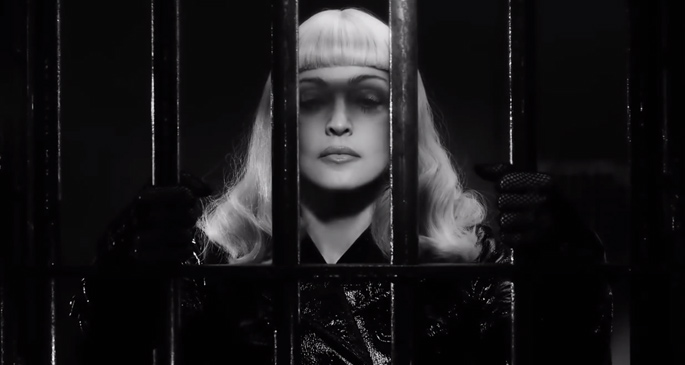 As reported, the veteran pop provocateur has established a new initiative, Art For Freedom, ostensibly designed to allow artist to test out their freedom of expression. The debut project is the 17-minute secretprojectrevolution film – a collaboration with director Steven Klein, which, according to the elevator pitch, “questions our governments and our collective thought patterns”, and is now available to download in full.

The blurb for the piece reads as follows:

Freedom of speech. Freedom of choice. Freedom of experience. We live in a world where basic rights are under attack. Madonna and Steven Klein’s new film is a hard lens on the dystopian now; a call to join the Revolution of love. Get involved.

The singer hopes to “show by the example of secretprojectrevolution my creative commitment to inspire change in the world through artistic expression. I hope my film and other submissions to Art for Freedom will be a call to action and give people a place to voice their own creative expression to help fight oppression, intolerance and complacency.”

The film is available to download gratis via BitTorrent, and comes bundled with a selection of trailers, photos, and bonus content. The gritty/glitzy trailer is available to watch below. If you prefer your pop star vanity projects a little lighter, we’d advise checking out Drake’s deeply silly video/short film for ‘Hold On, We’re Going Home’. [via Consequence Of Sound]