One dead and five in hospital at Manchester’s Warehouse Project 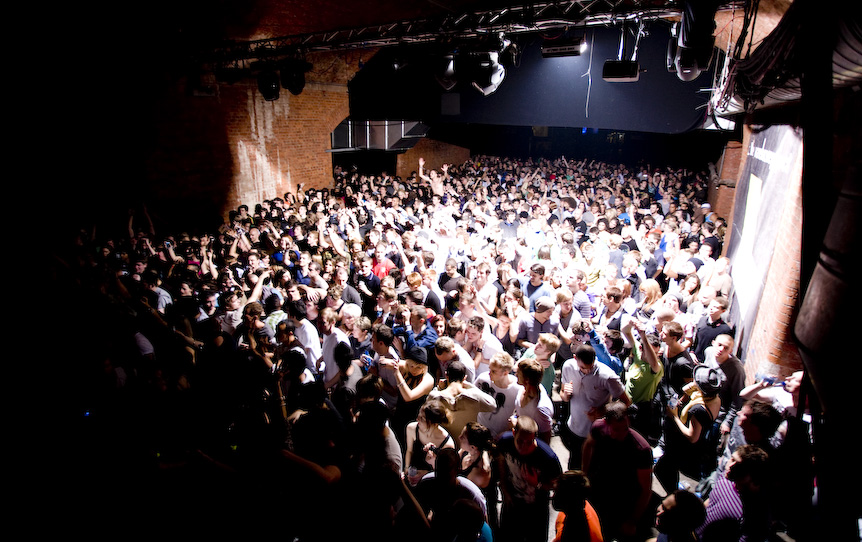 Death at Manchester venue linked to drug believed to be ecstasy.

Tragic news from Manchester after police confirmed that a 30-year-old man died after falling ill at The Warehouse Project venue last night, September 27. Another five people were also admitted to hospital though those are said not to be in danger. Local police has confirmed that the death and injuries are linked to a drug believed to be ecstasy.

The BBC website reports that Detective Inspector Aaron Duggan has advised anyone present at the venue last night to go to hospital for a check-up as soon as possible if they are feeling unwell. Speaking to the BBC, the D.I. said: “We have now launched an investigation to establish the circumstances leading up to his death. It is possible that there may be a particularly bad batch of drugs out there in the community and that is a concern to us.”

The Warehouse Project has responded to the event with a message on its Facebook page: “Everyone at The Warehouse Project are devastated about the news and our condolences are with his family.” The venue further outlined its “zero tolerance policy” towards drugs in its message before inviting anyone who feels unwell while at the venue to contact staff and make use of the trained medics they have on site every night.

Last night’s show included appearances from Axwell and Armand Van Helden. The Warehouse Project is hosting further parties throughout October and November with the likes of Disclosure, Rudimental and Chic with Nile Rodgers all set to perform.

Update: Here is a full statement from The Warehouse Project.

The Warehouse Project are sad to announce that a 30 year old man that attended the club last night has died this morning, Saturday 28th September, after ingesting contaminated drugs.

After collapsing, he was taken into medical care onsite immediately and onto the Manchester Royal Infirmary. However, unfortunately he died shortly before 4.30am. Authorities advised that no further action could have prevented the circumstances.

The Warehouse Project are assisting the police with their ongoing enquiries surrounding the circumstances of the man’s death. They have suggested that there may have been a bad batch of ecstasy in circulation as others who attended last nights event are also unwell. While these people are in no danger, some are still being treated.

The Warehouse Project operate a zero tolerance drugs policy and have strict measures in place to avoid any entering the premises. They are deeply saddened about the incident, and send their thoughts out to family and friends.

“Everyone at The Warehouse Project are absolutely devastated about the news and our condolences are with the man’s family. We put every possible measure and provision in place during the events and work closely with all the authorities in the planning stages to avoid these terrible situations arising. The police have suggested that this may be have been the latest of a spate of similar incidents, and be from a bad batch of drugs currently circulating in the North West. Whether your coming to The Warehouse Project or anywhere else for a night out, we urge people to take care and look out for their friends, and seek assistance as soon possible if you feel unwell.” Sacha Lord-Marchionne, Director, The Warehouse Project.