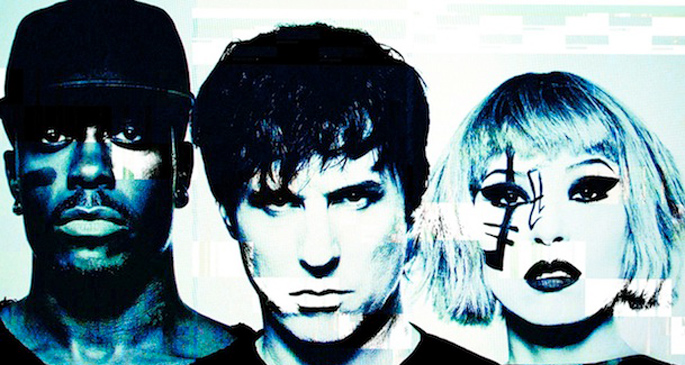 Remember Atari Teenage Riot? We do, and the German industrial pop pioneers are back with a new line-up and, it seems, a new album on the way.

Since the group reformed in 2010 they’ve released one full length (2011’s Wikileaks-influenced Is This Hyperreal?) and one live album (2012’s Riot in Japan 2011), but now sporting a new vocalist in British MC and Matthew Herbert affiliate Rowdy Superstar (who fills the role of deceased former member Carl Crack), it feels like they’re ready to re-attain the status they managed to achieve back in the early ’90s.

“Britain always played an important role in Atari Teenage Riot’s history. We had our first record deal there and the support from John Peel gave us our first major break. We started our label DHR there as Germany was dead to new music then. We need a true voice from Great Britain! The London riots last year, the politics, etc etc … it is more important than ever to hear a musician who is so close to all that while the musical mainstream doesn’t reflect the reality anymore.”

You can check a teaser for the group’s new music below, while the new line-up will be hitting the road through Europe beginning on October 24. [via Metal Hammer]