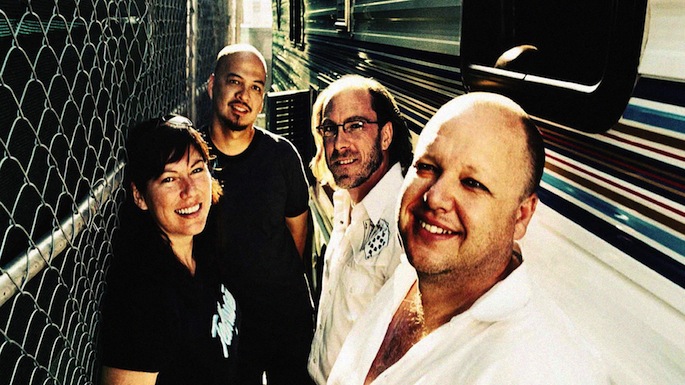 The rest of the group was blindsided; Deal has yet to comment on the split.

In an interview with Rolling Stone, Black Francis and company open up about Kim Deal’s decision to leave the band (for the second time, if you count their unceremonious 1993 split).

“We were at a little coffee shop near the studio,” Francis says. “Kim walked in at some point and said, ‘I’m flying home tomorrow.’ She quit the band. It was an awkward moment. We didn’t hug or shake hands or anything. [Guitarist] Joey [Santiago] and I just stood up and said, ‘Okay.’ Then we had to get out of there, so we immediately went to a bar. I had to move from coffee to alcohol.”

A group dinner two nights prior would be the band’s last one as a unit. “There weren’t any managers, producers, roadies or anything,” he says. “I can’t remember the last time we all sat down and had a meal, just the four of us. It was wonderful. We broke bread together, shot the shit and had a nice meal. After the meal, Kim wanted to go back to her lodging, so we all walked her to a cab. Thinking back now, I realize this was her saying goodbye. Maybe I’m reading too much into it, but I think it was meant to be our last supper.”

Despite being in “mourning” (as drummer David Lovering describes it), the band pushed on, recording what would become the band’s first EP of new material since 1991. “Everyone was just devastated,” says band manager Richard Jones. “But everybody believed in the songs. We decided to just carry on and see what happens.” Deal has yet to comment, but as Rolling Stone points out, her standing in and relationship with the rest of the band has always been contentious.