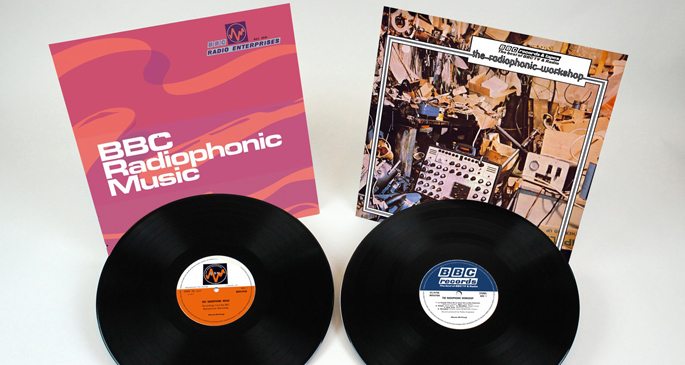 In the last decade, the BBC Radiophonic Workshop have shot from being a fond memory to a national obsession.

Their legacy is now set in stone, and the team (which included Delia Derbyshire, Dick Mills, Paddy Kingsland and more) put together pioneering compositions for Doctor Who, The Hitchhiker’s Guide To The Galaxy, Quatermass and Blake’s 7 (among many more), which still sound just as confounding now as they did in the 60s, 70s and 80s. Thankfully the resurgence of interest has caused plenty of buried material to be uncovered and re-issued, and now two classic sets are to receive the deluxe treatment.

BBC Radiophonic Music was recorded in 1968 and intended as a library recording for the BBC’s drama producers, and while it was released commercially in 1971 this is the first time it’s been on vinyl in its complete original form. The BBC Radiophonic Workshop was a more traditional compilation, and released in 1975 bundled up some of the team’s most popular sounds.

The Radiophonic Workshop will be performing live at the London Electronic Arts Festival in Shoreditch on November 9. Led by founder member Dick Mills, the group also contains Paddy Kingsland, Peter Howell, Roger Limb and Mark Ayres, and have only performed together once before, and you can grab tickets here.

Both albums will be pressed to 180g vinyl, and will be released on November 25.