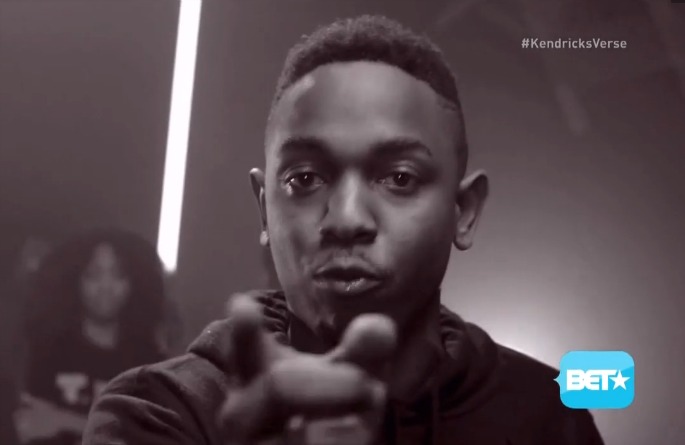 Kendrick Lamar ruled the roost at the BET Awards last night, calling out Drake and the rest of hip hop in his showy contribution to Top Dawg Entertainment’s cypher, featuring verses from ScHoolboy Q, Jay Rock, Ab-Soul and Isaiah Rashad (with new signing SZA lurking in the background).

Kendrick’s performance made reference to his much talked-about verse on Big Sean’s ‘Control’. Here are the bars in question:

And nothing’s been the same since they dropped ‘Control’
And tucked a sensitive rapper back in his pyjama clothes
Ha, ha, joke’s on you, high five
I’m bulletproof, your shots’ll never penetrate
Pin the tail on the donkey boy, you’ve been a fake
I got my thumb on hip-hop and my foot in the back of your ass
Aftermath get the last laugh

Other highlights include an A$AP Mob cypher featuring Ferg, Rocky, Twelvy, Nast and Ant, plus a mixed bag cypher bookended by Action Bronson and a surprise appearance from Lil Kim. Bronson and Kim – why didn’t anyone think of that before?

Watch all three performances below, plus Kendrick, ScHoolboy Q and Jay Rock performing their tracks ‘Collard Greens’ and ‘Money Trees’ during the awards show. Kendrick took home four awards, including Best Album for Good Kid m.a.a.d. City, while Rookie of the Year went to A$AP Ferg. [via CoS]