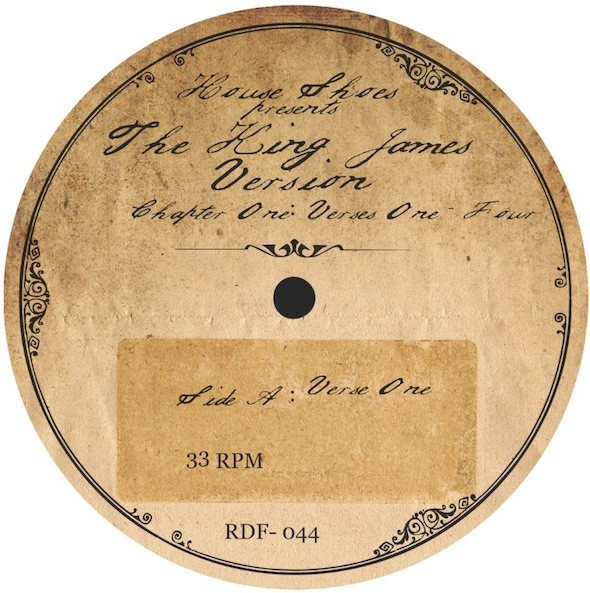 Classic tribute now available on vinyl, as well as stream and free download.

A few years after Jay Dee‘s passing, Detroit ambassador to the world and long-time friend and collaborator HouseShoes put together The King James Version, Chapter 1 a carefully crafted mix of original samples used by the acclaimed producer throughout his career. Composed of different verses, five in total for the first chapter, the mix further highlighted James D. Yancey’s incredible ear and talent for turning the most obscure samples into musical gold.

The mix was originally available via Shoes’ now defunct podcast series but has now been repackaged by Redefinition records on double black vinyl compiling the first four verses of the mix. What’s more the mix is available to stream in full via the label’s Soundcloud and is also available for download.

Shoes’ refreshing and brutal honesty is equalled by his love and passion for music and his hometown, and as one of Jay Dee’s longest standing and most ardent supporters – he was known to play DATs that Jay would bring him straight from the studio during Slum Village’s early years – his knowledge of the man’s talent and genius is rivalled by few. As such King James… is one of the best testaments to the work of Jay Dee you’re likely to hear.

This is a lovingly and expertly constructed journey through the building blocks of Dilla’s beats – the dusty OG vinyl grooves that he sampled. From the basis of a Frank-N-Dank cult favorite, through that of a Fantastic SV moment, to Donuts’ irresistible ingredients, Shoes’ thorough work shines the light on his friend’s ear for a sneaky loop, his affection for perfectly imperfect chops and his knack for extracting the soul from a forgotten musical fragment and making it something altogether new, something his own. Long Live King James

You can order the vinyl version of King James directly from Redefinition Records today, with official release date on October 29, 2013. Stream/download below via the label’s Soundcloud.