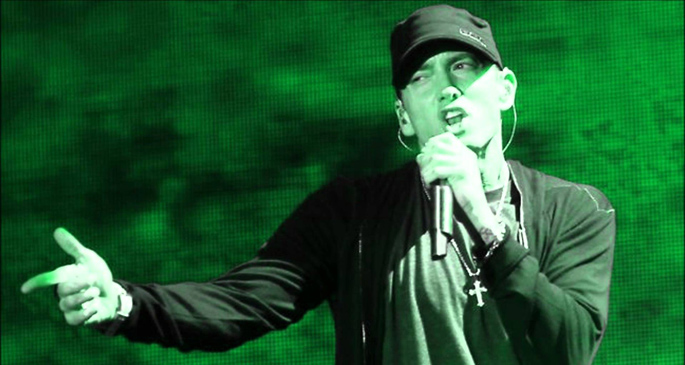 He declared himself the ‘Rap God’ last week, and now Eminem is set to tour Australia with a handful of his minions.

Right now information is scarce, but Hip Hop Australia revealed details today about the highly anticipated tour and revealed that it’s set for February. Only one date has been shared so far – Em will be playing at Brisbane’s Suncorp Stadium on Thursday February 20 – but we’re sure that more info should now be just around the corner.

The most exciting part of the news however isn’t the date itself, it’s the line-up – Em has managed to rope in support from Kendrick Lamar, Chance The Rapper and Action Bronson – three of the new wave’s brightest stars. It should be a dream bill for most rap fans, so we’re guessing tickets won’t last long. A photo (below) was shared which seems to suggest the tickets will be on sale from 12 noon on Thursday October 31 through Ticketek. [via Faster Louder] 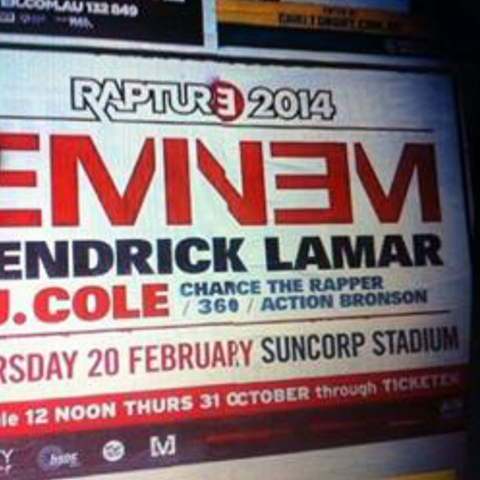