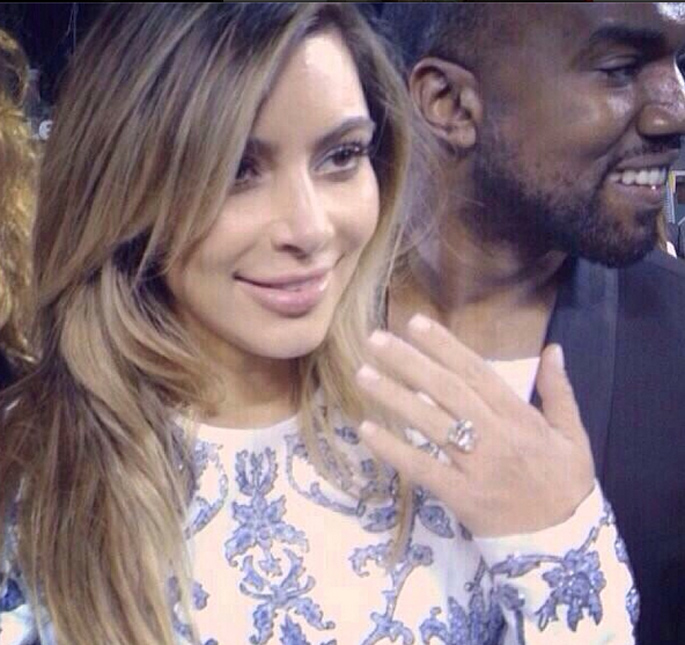 Update: MissInfo and TMZ are reporting that Kimye are ready to sue over footage of the engagement leaking, after everybody in attendance was forced to sign a confidentiality agreement. Meanwhile, All Hip-Hop are claiming that the one who leaked the video was YouTube co-founder Chad Hurle. Things could be about to get very, very bizarre.

Love them or hate them, you have to agree that reality star Kim Kardashian and Kanye West are one of the USA’s most visible couples.

Yesterday, Kanye surprised the world by finally announcing his intentions to marry the mother of his child, and he did so in pretty much the most bombastic way possible. Here goes – he hired out San Francisco’s AT&T Park (a baseball stadium – go figure) and brought along a grip of friends and family to watch the spectacle before projecting the words “PLEEEASE MARRY MEEE!!!” on the stadium’s massive scoreboard.

Okay that bit was kind of cute, and following it up with a 50-piece orchestra playing Lana Del Rey’s gorgeous ‘Young and Beautiful‘ is pretty cool too, we suppose. And the ring? “A flawless 15-carat diamond ring by celebrity jeweler Lorraine Schwartz.” Yeah.