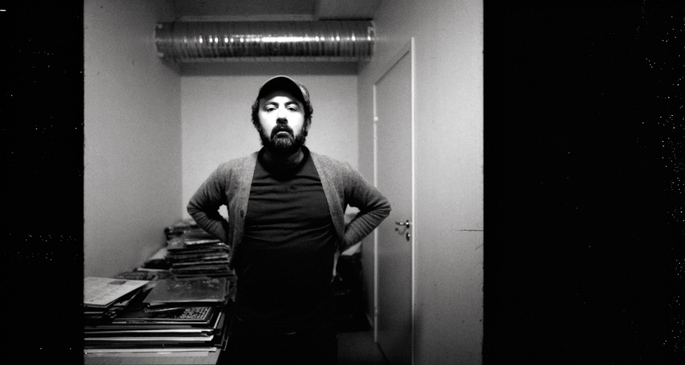 Andy Votel‘s love of hip-hop is well documented, and now he’s set to kick off 19-year old hip hop night Slow Down all over again.

The re-launch is set for October 31 at Manchester’s Soup Kitchen, but we’re really excited about the December 5 installment where the gang are inviting over rap outsider Edan to drop in for a guest appearance. This time around the night will be hosted by Sean Demdike (of Demdike Stare) Andy Votel and Invisible Spies’ Benjamin Hatton, and they’ll be diving into their estimable collections of dusty, forgotten hip hop records that haven’t been aired for way too long.

You should know by now that it ain’t just going to be a selection of Illmatic and Step in the Arena cuts, and if you need any more proof Andy Votel has been kind enough to share his hour-long beat tape Diabolical Melodix. Slices of breaks, psyche samples, bits of film dialogue – it’s basically a concoction of all the kind of things we love. 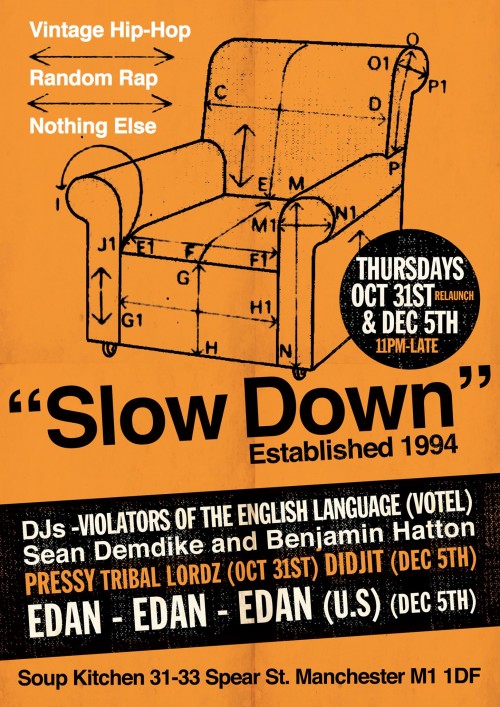