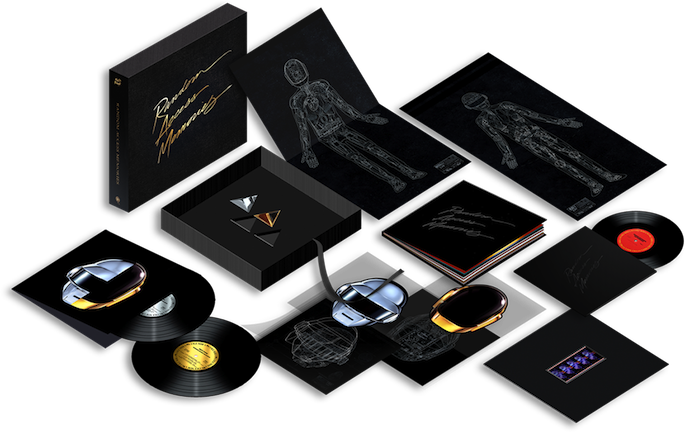 The robots just went to the top of everyone’s Christmas list.

Presented in a cloth-bound, gold-foiled 13″x13″ box, the set includes special edition 180 gram double vinyl with gold and silver foil labels, a 56-page hardcover book of images from the from album’s recording sessions, and a 10” vinyl containing an extended interview with Giorgio Moroder taken from the recordings of what would become ‘Giorgio by Moroder’.

In addition, there’s a 70mm film strip containing 5 frames from the ‘Love Yourself to Dance’ dailies (for your own personal analog-GIF), design schematics for the Robot helmets, and USB drives containing the album’s audio and video components.

The box set is going for $275 and will begin shipping in early December; for more details and to pre-order it, head to Daft Punk’s website. In the UK, Random Access Memories is already the top-selling vinyl of the year, and we imagine this will ensure it stays at the top of the charts.