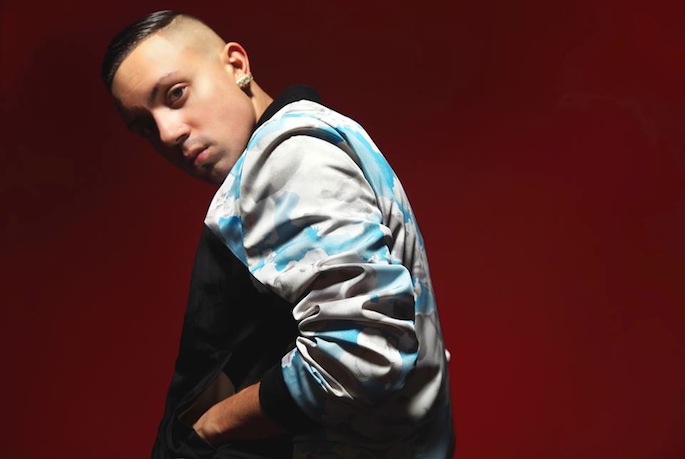 There’s something for everybody in this week’s mixtape round-up: dispatches from the club-grime-dancehall spectrum by Brenmar (pictured), Mumdance and Murlo;, Southern rap from Gucci Mane & Rich Homie Quan, DJ Paul & Drumma Boy, and Jose Guapo, cloud rap from Main Attrakionz and Young L, a three-hour set from L.I.E.S. boss Ron Morelli and more. Read on. 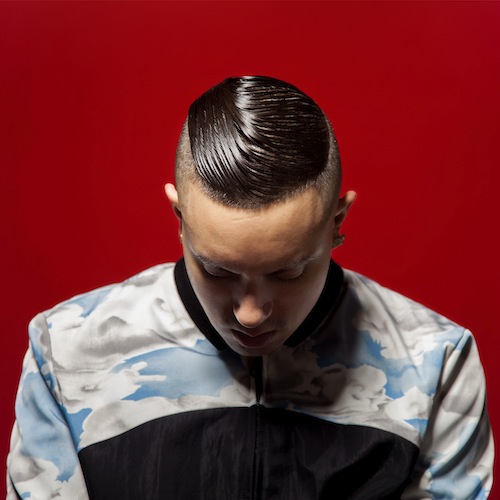 The mixtape round-up was envisioned with someone like Brenmar in mind: the Chicago born, New York living DJ/producer is a master of the type of sexy, woofer-rumbling R&B-rap-dance hybrid that is equally suited for the club, the car, the workout, or — let’s face it — the bedroom. His latest is no different than previous sets (like his swaggering mix for FACT): you’re sure to discover new street rap (Rico Love’s ‘To My Ex’), unreleased heat (the L-Vis 1990 remix of Dat Oven’s ‘Icy Lake’), or something else entirely (Frequency’s ‘I Am Ready’?). As always, Brenmar includes loads of his own club edits and new collaborations; of the latter, here’s hoping ‘Like A Hoe’ and ‘Trouble Girl’ show up on his forthcoming High End Times Vol. 1 mixtape. 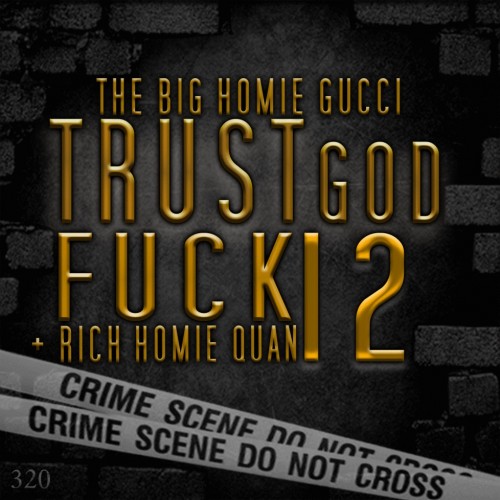 As has been well documented, Gucci Mane has had a helluva year: he’s released over ten full-length efforts (including three mixtapes in one day), tangled with the law, fallen out with much of his 1017 Brick Squad clique, aired his grievances over Twitter, and opened up about his drug problems. If not for Gucci sucking most of the oxygen in the room, more people would be talking about 24-year-old Rich Homie Quan, who has quickly made a name for himself among the rest of Atlanta’s sensitive thug rappers on the strength of zeitgeist-grabbing, tear-stained single ‘Type of Way’.

Gucci had enlisted Quan for a handful of tracks on his superb Trap House III, and the pair have reunited for Trust God, Fuck 12 (no, we don’t know what the title means, either). The tape kicks offs with the one-two punch of ‘Celebrity’ and ‘’Ordinary Gangsta’, and it’s off to the trap from there. Quan is at his most melodramatic on ‘A Nigga’, a track widely rumored to be a diss of fellow Autotuner Future, and throughout the tape, he provides a sonic counterpoint to Gucci’s languid, gravel-voiced menace.

The two have some help: Young Thug brings that one-of-a-kind squeal to midtape trio ‘She A Soldier’, ‘Chasing Paper’, and ‘Gym’, Gucci adds a verse to Migos’ mixtape track ‘Mama We Rich’, and thanks to a cache of ready-made bangers by ATL hitmakers Lex Luger, Zaytoven, Metro Boomin’, 808 Mafia, and C-Note, the 17-track mixtape is one of Gucci’s better 2013 efforts — and another feather in Quan’s cap. 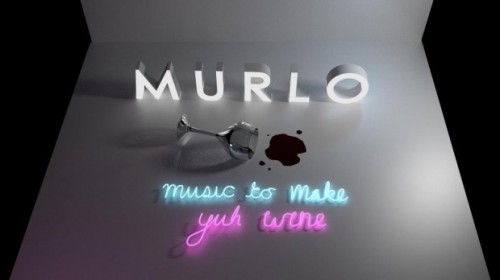 MURLO
FUNCTIONS OF THE NOW

This hour-long mix for Truants is another dispatch from the vibrant world of instrumental grime, as Murlo blends his own dubs and edits with those of contemporaries like Rabit, Slackk, and JT the Goon for a decidedly melodic and sino-inspired mix.

The last year has seen Murlo add a grime arrow to his formerly dancehall/soca-heavy quiver. The styles are far from strange bedfellows: grime’s icy starkness might seem like a bizarro inversion of dancehall’s tropical grooves, but Murlo’s riddims strike a delicate balance between the stylistic cousins. Look no further than highlights like ‘Ariel’, his aquatic collaboration with Famous Eno, and his rapid-fire remix of JT’s gorgeous ‘Twin Warriors’.

Always propulsive, Murlo explores the full range of grime. It gets sinister about halfway through as Murlo reaches for DJ Eastwood’s ‘Ready 4 Da Grime’ and Logos & Youngstar’s headbanging ‘Steel Pulse’, but takes a turn reminiscent of R&G with his remix of Inoj’s ‘Love U Down’ and his stellar Meleka x Kevin Gates blend — let’s get the man some more Soundcloud followers so he’ll finally release the latter one. 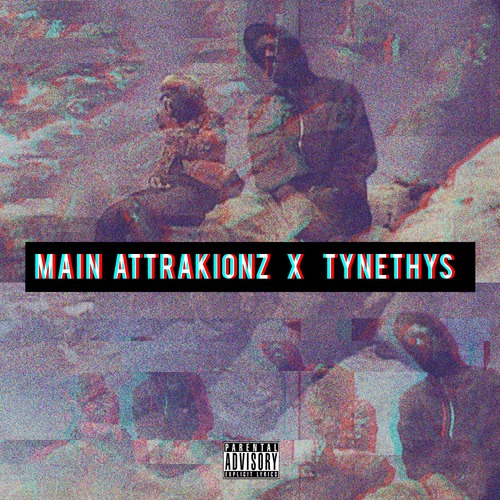 The almost too-prolific Main Attrakionz crew have teamed up with newcomer Tynethys for another smoked out, loced out adventure in the clouds. Throughout the tape, Tynethys provides the requisite layers of gauzy synth and machine-gun percussion; the ‘Spaceship Music’ foreshadows the space cadet G-funk that permeates throughout the tape. The producer’s highlights include the pitch-shifted sampling and pneumatic groove on ‘USB’ and ‘Strawberry Letter 316’, which runs on a loopy guitar sample and has a Just Blaze-bang to it.

As often is the case, Squadda B and Mondre M.A.N. have trouble keeping an eye on quality control when churning out these projects: the slice-of-life, stream-of-consciousness verses of ‘Life’ and ‘Kinfolk’ work, but the hooks, often languid and atonal, don’t. Still, at 10 tracks and just about 30 minutes, the mixtape serves as a pencil sketch of what could be the beginning of a beautiful friendship. But seriously, guys, where’s 808s and Dark Grapes III? 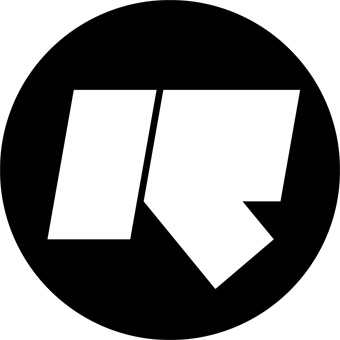 The latest round-up appearance by Mumdance takes Murlo’s mix to its logical conclusion, descending down a K-hole of grime, techno, and all-things low-end. The UK producer/DJ has impressed since returning with this summer’s Twists & Turns mixtape, and much of that material makes appearances here, as do other collaborations with partners-in-crime Logos and Mao. There are tastes of Mumdance & Logos’ dive-bombing ‘Turrican 2’ (forthcoming via Keysound) and the producer’s synth-shocked ‘Springtime’ (forthcoming via UTTU), along with loads of unreleased dubs. This 60-minute set is paranoid, claustrophobic, and a total blast to listen to. Plus, if you survive to the end, you get a happy hardcore treat: DJ Morph’s ‘Only Love’. 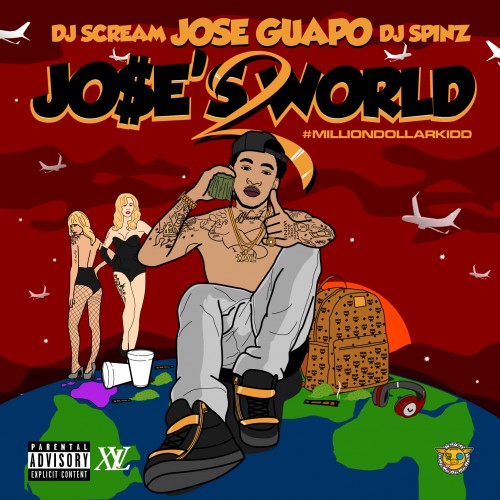 Atlanta youngster Jose Guapo is a another addition to the city’s new class of rappers: his bouncy, melodramatic, and often-Autotuned flow sits nicely next to those of Future, Migos, Young Thug, and Rich Homie Quan, and his self-described “Guaponese” lingo (think Pig Latin via the streets of Atlanta) has been mimicked by rappers as prominent as 2 Chainz.

Jose’s World 2 serves as an entertaining introduction to the up-and-comer. There’s the requisite sensitive thug confessions (‘Lord Knows’), lean-sipping anthems (‘Dirty Mudd’), and street swagger (‘Choppa in a Foreign’). Producers Zaytoven, KE on the Track, C4, Will A Fool, and 30Roc (who wins the award for best new name) mix it up with technicolor synths, twinkling keys, and plenty of 808 low-end; unlike some other Atlanta rap tapes, you won’t tire of identikit beats by halfway through.

At times, Guapo sounds almost too much like his Atlanta contemporaries, but if he can pick a flow and stick with it, he’s got promise. His voice and lyrics are especially sharp, and he’s not afraid to take chances: the tape closes with a downcast remake of 2Pac’s ‘Changes’ that makes the song his own.

Forget the “outsider house” debate: this massive set from L.I.E.S. mainman Ron Morelli is everything we love about his iconoclastic record label. Recorded live at Dimensions, Morelli’s crate-digging will have you zoning out to timeless house and techno grooves, lost-and-found exotica, and anything else with a beat. Final tally: 170 minutes and exactly zero fucks given. 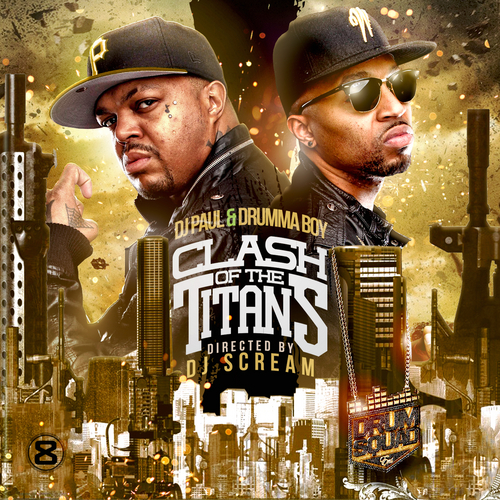 Memphis-bred hip-hop hyphenates DJ Paul and Drumma Boy team up for the appropriately-titled Clash of the Titans. As part of Three 6 Mafia, DJ Paul helped pioneer Southern hip-hop; Drumma Boy has kept the flame lit with over a decade of hits with everyone imaginable (for proof, check out FACT’s recent interview with the Atlanta-based producer).

The two headliners can do Southern rap menace in their sleep, and highlights ‘Tappin Out’, ‘In Da Trap’, and ‘In And Out’ keep things syrupy with ease. Both hold their own on the mic, and they’re joined by fellow Southern rap mainstays like 8 Ball, Trae Tha Truth, Gangsta Boo, and Gorilla Zoe.

Overall, Clash of the Titans delivers the type of gothic-trap trunk rattlers for which the pair are known, if not much more. The reductive hook on ‘Hard Shit’ is instructive: “It’s that hard shit / hard shit / make you wanna start shit.” This is a soundtrack for throwing bows and slapping hoes, and there is little — if any — deviation from that formula. 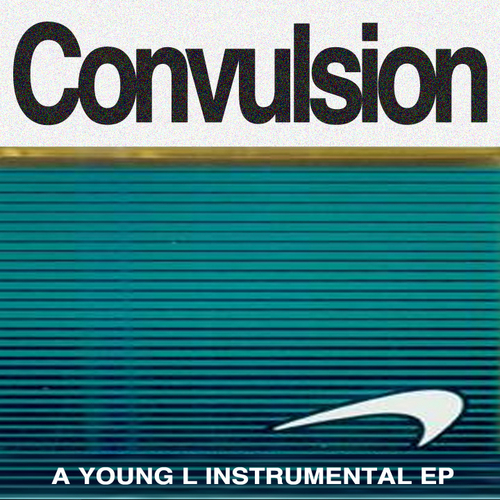 The former Pack producer follows up August’s YFGOD with this too-short instrumental tape seemingly dedicated to darker, creepier late night moments. Young L stakes his claim as the ‘God Father’ of cloud rap with a staggering track that is Burialesque in its melancholic wonder, and there’s nothing laughable about ‘Can I Just Laugh’, a downtempo nightstalker of a beat where fog has condensed into slabs of ice. His sampling is impeccable: ‘Nocturnal’ lives up to its title with a submerged sample of James Blake’s ‘I Am Sold’, turning Blake’s “And we lay, nocturnal / Speculate what we feel” into a hypnotic lullaby, and L turns the Italo-disco of ‘If I Can’t Hold You’ by Johnny Jewel’s Desire into half-speed trap. More please. 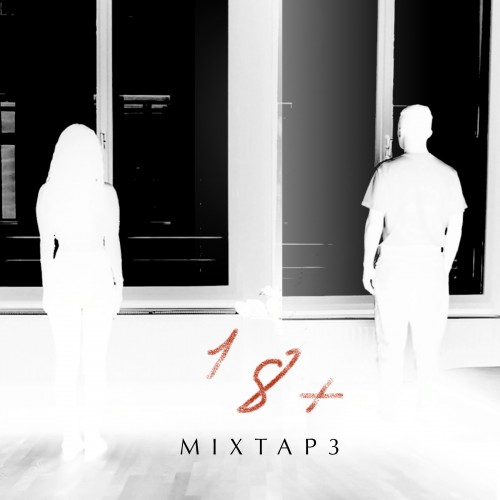 18+ is a mysterious duo (comprised of the possibly-related “Boy” and “Sis”) who deconstruct hip-hop, electronic pop, dancehall, and more with one eye on Hype Williams and the other on The xx. The pair deliver oversexed nonsense via the call-and-response of half-sung, half-rapped vocals over sample beds of thumb pianos, horror score ambience, crowd noise, and rap drums. It’s equal parts confounding and compelling: ‘Crow’ is reminiscent of Cassie’s ‘Me & U’, albeit with the consistent chirp of its titular bird; ‘Oixu’ is mall pop through a post-witch house glass darkly; ‘Deadbody’ chops up a Kendrick Lamar sample into a clattering interlude. The strangest thing you’ll hear all week — in a good way.