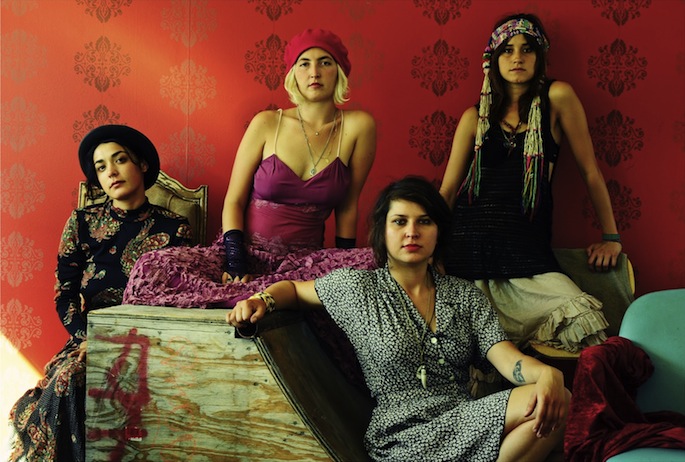 The Los Angeles quartet will follow-up 2010’s The Fool.

Warpaint will release their self-titled second album on January 20, 2014 via Rough Trade. The sullen indie rockers wrote and recorded the album in The Joshua Tree late last year; the album was co-produced by the band and legendary producer Flood, who mixed the album with Radiohead producer Nigel Godrich.

Warpaint picks up where they left off in 2010 with ‘Love Is To Die’; stream it below and check out the album’s tracklist. Interestingly, famed video director Chris Cunningham (Aphex Twin, Björk) has been filming and photographing the band for the past two years, partnering with them for the album’s cover and more.