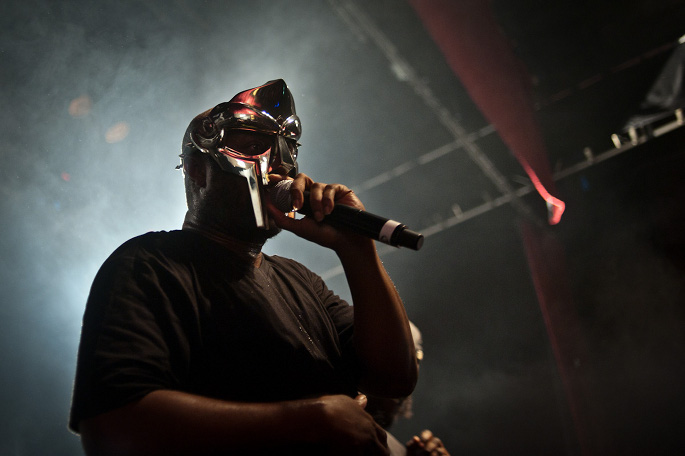 Well, you weren’t the only one: the Beat Konducta only announced the show on Monday morning, with support from One Handed Music’s Paul White, Mr Beatnick, Radio 1′s Benji B, and Now-Again bigwig Egon, and even an hour before the doors opened the queue stretched half-way down Kingsland Road (or at least to smelling distance of Nandos). Those who did get in were treated by two impressive special guests: masked MC and Madlib collaborator DOOM, who hardly shows up to his own shows but felt the need to attend this one (chatting to fans sans mask, no less), and veteran MC Mos Def.

You can watch a Vine of Mos Def spitting over Madlib below, courtesy of our guy Mr. Beatnick. Oh, and we hate to bring up that new Madvillain album everyone’s been waiting for, but it might be on the way sooner than you think. Then again, it’s a Madvillain album – it probably won’t.

You can read FACT’s rundown of DOOM’s greatest work here, and a similar feature on Madlib here.